On The Move Systems Corp (OTCMKTS:OMVS) Surges on Mounting Contracts 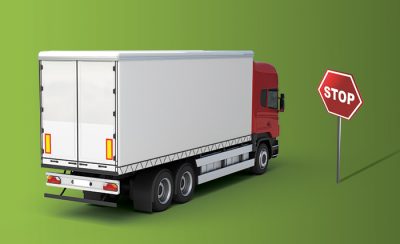 NextEra Energy Inc. (NYSE:NEE) Stock is Plummeting, Here is Why

NextEra Energy Inc. (NEE) shares are trading at lower $302.65 and the avg recommendation for the stock is Moderate Buy, while the current analyst...
Read more
Investing

Marsh & McLennan Companies Inc. (MMC) shares are trading at lower $111.09 and the avg recommendation for the stock is Moderate Buy, while the...
Read more
Investing

British American Tobacco p.l.c. (BTI) shares are trading at higher $33.69 and the avg recommendation for the stock is Strong Buy, while the current...
Read more
Investing

Sociedad Quimica y Minera de Chile S.A. (SQM) shares are trading at lower $36.43 and the avg recommendation for the stock is Hold, while...
Read more

On The Move Systems Corp (OTCMKTS:OMVS) continues to be a strong momentum story among OTC traders this Summer. OMVS continues finding new ways to incentivize a greater buzz. The latest catalyst is the company’s announcement that Robotic Assistance Devices has received an additional 10 robot reservations for a total of 40 robot reservations with total contract values of approximately $4 million.

“We are seeing very strong demand for robots from prospective clients,” said Steve Reinharz, President and CEO of RAD, “and we expect to comfortably meet our target of 60 robot reservations by the end of the summer.”

According to the company, the release, RAD expects to deploy robots to end users in July. To date RAD has commitments for 40 robots for total contract values of approximately $4 million. OMVS has successfully completed its due diligence process on RAD as part of the binding LOI that was entered into on May 10th, 2017 for the purchase of 100% of RAD by OMVS. It is anticipated that the acquisition will close before August 10, 2017.

“We reincorporated into Nevada on February 17, 2015. Our business focus is transportation services. We are currently exploring the on-demand logistics market by developing a network of logistics partnerships. Our year-end is February 28.”

According to the company’s latest press materials, RAD currently has signed agreements for 2 POCs with major companies. RAD currently has a sales pipeline of over 50 Fortune 500 companies and over 25 qualified dealers and distributors that have a combined customer base of more than 35,000 end user corporations. That has marked this stock out for increasing interest of late.

The last time we covered this name, we noted that the company was preparing to deploy one of its robots with a major North American utility client with over 5,000 employees. Hence, the momentum on the operational side appears to be keeping pace with that found on the technical side where shares of the company are concerned in terms of how they are trading on the open market.

Recent action has seen a bit more than 260% during the past month in terms of shareholder gains in the name. The situation may be worth watching. OMVS has a history of dramatic rallies. What’s more, the stock has registered increased average transaction volume recently, with the past month seeing just under 220% beyond its prior sustained average level.

This is particularly important given the stock’s trading float of 71M shares. One is wise to respect the dynamic this may create — a mechanically driven price squeeze can result from this type of mix of small float and ramping attention from traders.

At this time, carrying a capital value in the market of $12.2M, OMVS has virtually no cash on the books, which must be weighed relative to about $1.7M in total current liabilities. One should also note that debt has been growing over recent quarters. The company is pre-revenue at this point. As more color becomes clear on the name, we will review the situation and update our take. For continuing coverage on shares of $OMVS stock, as well as our other breakout picks, sign up for our free newsletter today and get our next hot stock pick!