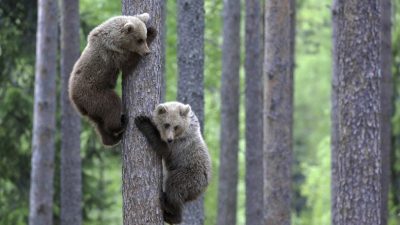 Amfil Technologies Inc (OTCMKTS:AMFE) has been one of the most remarkable stories on the OTC so far this year. AMFE has cruised from a half-penny to over 20 cents in about 7 months, for something around 3,900% in gains so far in 2017. The story is one largely about the company’s growth as a niche restaurant chain with ties to the cannabis patch in seemingly unrelated business segments. The latest from the company is its in-depth summary of 2017 financials, along with guidance on Fiscal Year 2018, including an update on Q1 2018 progress thus far, according to management. So, we would air a vote of caution here: key highs often come on this type of news. We might be ready for some consolidation in the name at this point.

As we noted above, the company’s Snakes & Lagers Inc. / Snakes & Lattes Inc. segment is perhaps the biggest driver of financial results at this point. Subsequent to the announced L.O.I. on April 4th 2016, the company closed the acquisition of this business, and announced the definitive agreement on September 28th 2016.

According to the release, “this subsidiary has had a tremendous impact on the financial statements since Fiscal Q2 2017. While the net income of $248,679 may not appear significant, the sales of $6,630,973 allowed the company to execute its expansion plan for each subsidiary and continue to run at a profit. Snakes & Lattes Inc. has been operating with an increased staffing cost since Q4 due to the training of staff members for the new location. All of the new managers and some new staff members have been hired and have been training in the existing locations for the past few weeks, working towards the approximately 70 additional employees which will be required to staff the 3rd and largest location opening first week of September, dubbed ‘Midtown’. Staff totals for the Snakes & Lagers Inc. / Snakes & Lattes Inc. subsidiary are now at 126 members. These costs, as well as costs for professional fees and construction, have been injected into the location to ensure that the opening of ‘Midtown’ proceeds as planned and immediately begins generating revenue. In addition, the subsidiary has been adding strength to the distribution and fulfillment division in preparation for further expansion into Fiscal 2018, with large revenue increases projected as a result.”

The company’s GRO3 subsidiary is also a driver. According the release, this segment “made massive strides towards full market expansion throughout Fiscal 2017, finishing off the year with a commitment to outfit a portion of an up and coming new marijuana cultivation facility with EcoPrO3 GRO3 as well as RotoGro units. This monumental step for the GRO3 sales team has resulted in a massive influx of industry interest, and will propel the GRO3 technology as it continues to penetrate the industry into Fiscal 2018.”

The chart shows approaching 130% tacked on to share pricing for the listing in the past month. Market participants may want to pay attention to this stock. AMFE is a stock who’s past is littered with sudden rips. What’s more, the company has seen an influx in interest of late, with the stock’s recent average trading volume running 97% above the average volume levels in play in this stock over the longer term.

Now commanding a market cap of $78.1M, AMFE has virtually no reported cash on the books, which is balanced by about $962K in total current liabilities. AMFE is pulling in trailing 12-month revenues of $3.5M. In addition, the company is seeing major top line growth, with y/y quarterly revenues growing at 26613.9%. As more color becomes clear on the name, we will review the situation and update our take. For continuing coverage on shares of $AMFE stock, as well as our other hot picks, sign up for our free newsletter today and get our next breakout pick!

Disclosure: we hold no position in $AMFE, either long or short, and we have not been compensated for this article.