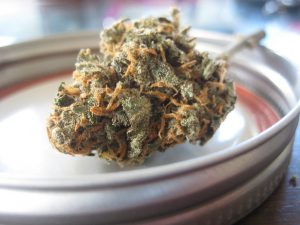 Terra Tech Corp (OTCMKTS:TRTC) has been on a solid climb since the beginning of July. We talked about the inflection point in a previous piece when support started to gather around TRTC and bullish flags appeared throughout the remainder of July. This company is led by a former Morgan Stanley executive who left Wall Street to makes hay in the medical marijuana sector. TRTC is now in the thick of things as legalization booms out West, but this is a company that touches every aspect of the cannabis cycle.

TRTC has ambitions to uplist and has recently been ramping up its recreational reach as well as marketing another aspect of its business, which I will discuss below.

TRTC also operates as a retail seller of hydroponic produce, herbs, and floral products, which are distributed in the Midwest and the Northeast United States; and produces and sells a line of cannabis flowers and cigarettes, as well as a line of cannabis pure concentrates, including oils, waxes, shatters, and clears to dispensaries in California.

On July 20 TRTC announced it is ramping up its marketing campaign for its subsidiary, Edible Garden®, a provider of fresh, locally grown herbs and leafy greens nationwide. As part of the Company’s new marketing campaign, Edible Garden has secured a feature slot for its nutritionally-enhanced SUPERLEAF™ salad on the television show ‘Plant Based by Nafsika’, on A&E’s FYI Channel.

In addition, the company recently announced a new advisory board member, Alan Gladstone. Mr. Gladstone is an industry veteran with decades of entrepreneurial and executive-level experience. He was Founder, Chairman, President and CEO of Anna’s Linens, a specialty retailer of home textiles and home decoration items, from 1987 – 2015.

TRTC’s CEO said, “Alan has an exceptional background with comprehensive retail business experience, having built his own business from ground up into a major national chain. His strategic advice will be invaluable as we manage the rapid growth of our cannabis retail operations and I am delighted to welcome him to the team.”

Terra Tech Corp (OTCMKTS:TRTC) is a company to surely watch in this space mainly because of how many aspects of the marijuana industry they now cover. TRTC is trading at a current market cap of $165.09M with 596.76M shares out. This is a very good story in the sector and company led bus some Wall Street insiders. We will be watching carefully. For continuing coverage on shares of $TRTC stock, as well as our other break stock picks, sign up for our free newsletter today and get our next breakout pick!