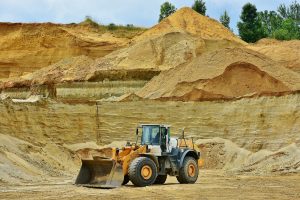 IVANHOE MINES LTD COM NPV CL’A’ (OTCMKTS:IVPAF) is a penny player in the mining space that continues to run higher amid a strong and strengthening metals trend, a weak dollar, and good data from its own asset base. A good example of the latter came last week in IVPAF’s report of the positive findings of an independent definitive feasibility study (DFS) of the planned initial four million tonnes per annum (Mtpa) mine and concentrator in the first phase of development of the company’s Platreef platinum, palladium, rhodium, gold, nickel and copper mine.

According to the release, the Platreef Project, which contains the Flatreef Deposit, is a Tier One discovery by IVPAF’s geologists on the Northern Limb of South Africa’s Bushveld Igneous Complex, the world’s premier platinum producing region. “The completion of the definitive feasibility study for the first phase of production is another key milestone in Ivanhoe’s planned transformation of the Platreef Discovery into one of the pre-eminent South African producers of platinum-group metals,” said Mr. Friedland, Executive Chairman.

IVANHOE MINES LTD COM NPV CL’A’ (OTCMKTS:IVPAF) bills itself as a company that engages in the exploration, development, and recovery of minerals and precious gems located primarily in Africa.

IVPAF explores for platinum, palladium, nickel, copper, gold, rhodium, zinc, germanium, and lead deposits. Its principal projects include the Platreef project located in the Northern Limb of South Africa’s Bushveld Complex; Kamoa-Kakula project located within the Central African Copperbelt in the Democratic Republic of Congo (DRC); and the Kipushi project located on the DRC’s Copperbelt.

According to company materials, “Ivanhoe Mines is advancing its three principal projects in Sub-Saharan Africa: 1) Mine development at the Platreef platinum-palladium-gold-nickel-copper discovery on the Northern Limb of South Africa’s Bushveld Complex; 2) mine development and exploration at the Kamoa-Kakula Copper Project on the Central African Copperbelt in the DRC; and 3) upgrading at the historic, high-grade Kipushi zinc-copper-lead-germanium mine, also on the DRC’s Copperbelt.”

Subscribe below and we’ll keep you on top of what’s happening before $IVPAF stock makes its next move.

As discussed above, IVPAF shares have been in a strong momentum gear over the last few months. One of the big keys to this trade in the past 3 months has been the emergence of the surging trend higher in the Euro following Macron’s resounding win in the French Presidential elections in early May. That political shift seems to have ended the Euro crisis and pushed the single currency into a new upward trend.

Since the euro makes us over 60% of the US Dollar Index, and commodities are denominated in dollars on the global market, weakness in the dollar is often one of the most important catalysts for investment flows into metals.

That has driven platinum type metals up between 8-13% across the spectrum over the past 2-3 weeks as the dollar’s descent intensifies.

That backdrop has accompanied this emergence of strong data surrounding the company’s primary investment asset, which has the market pricing in a nearing shift into initial revenues from a likely position of strength for the company. “We now have a clear and defined path forward to initial production and subsequent phases of development. We are confident that the Platreef Project will benefit all of our stakeholders, including the 20 local communities that are our equity partners, for generations to come,” Mr. Friedland added.

In all, we’ve witnessed 17% during the past month in terms of shareholder gains in IVPAF. This is emblematic of the stock. IVPAF has evidenced sudden upward volatility on many prior occasions. Moreover, the name has seen an influx in interest of late, with the stock’s recent average trading volume running 59% beyond what we have been seeing over the larger time frame.

At this time, carrying a capital value in the market of $2.94B, IVPAF has a mountain of cash ($291M) on the books, which must be weighed against a relative molehill (about $14M) in total current liabilities. The company is pre-revenue at this point. As more color becomes clear on the name, we will review the situation and update our take. For continuing coverage on shares of $IVPAF stock, as well as our other hot stock picks, sign up for our free newsletter today and get our next breakout pick!

Disclosure: we hold no position in $IVPAF, either long or short, and we have not been compensated for this article.