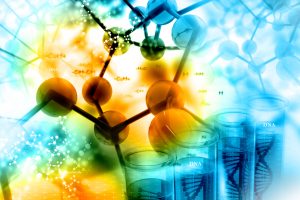 Pacific Biosciences of California (NASDAQ:PACB) is a gene sequencing play that blasted off to close last week on two key catalysts. Naturally, one big catalyst was PACB’s posting of its Q2 financial results, where it saw a general improvement in operational efficiency after accounting for one-time items. However, it’s possible that the bigger catalyst in play right now is its announcement of a new agreement by Novogene to purchase 10 Sequel Systems, giving the DNA sequencing service provider the capacity to run up to 20 Sequel Systems at a time.

According to the release, Novogene, a leading provider of genomic services and solutions with cutting edge next-generation sequencing and bioinformatics expertise, is the largest user of PACB’s Sequel Systems in the world. The service provider has ramped its use of the system dramatically since earlier in the year when it acquired access to the first 10 Sequel Systems through the Nanjing Yangzi State-Owned Investment Group in China.

Find out when $PACB stock reaches critical levels. Subscribe to OracleDispatch.com Right Now by entering your Email in the box below.

While we see some promise in the company’s financial results, given the faster rise in sales than costs on a factor basis, it still seems likely that the bigger driver of the recent pop higher in share prices was the company’s new large purchase order.

“The overwhelming demand for SMRT Sequencing in the few months since we began running the Sequel Systems has required us to double our capacity in a short amount of time,” said Ruiqiang Li, Ph.D., Founder and CEO of Novogene. “Some of the large projects we have planned include building a database of structural variants in 1,000 Chinese individuals as part of the Chinese precision medicine initiative.  In addition, we have partnered with the Global Ant Genomics Alliance to sequence 300 different species of ants to provide a comprehensive look at genomic diversity in ant genera.”

Michael Hunkapiller, Ph.D., Chairman and CEO of PACB added: “Novogene has very quickly become the largest user of our Sequel platform, and is now operating the largest SMRT Sequencing service center in the world. We are delighted that they have successfully ramped up their utilization of the systems so quickly, and that high demand for SMRT Sequencing services in China has led them to already increase their capacity.”

Traders will note 24% tacked on to share pricing for the company in the past week, a bounce that has taken root amid largely bearish action over the larger time frame. However, PACB is a stock whose past is littered with sudden rips. In addition, the company has seen interest climb, with an increase in recent trading volume of 33% over what the stock has registered over the longer term.

Now commanding a market cap of $463.52M, PACB has a significant war chest ($29M) of cash on the books, which compares with about $3.1M in total current liabilities. One should also note that debt has been growing over recent quarters. PACB is pulling in trailing 12-month revenues of $96.5M. In addition, the company is seeing major top line growth, with y/y quarterly revenues growing at 30.3%. This is an exciting story, and we look forward to a follow-up chapter as events transpire. For continuing coverage on shares of $PACB stock, as well as our other hot stock picks, sign up for our free newsletter today and get our next breakout pick!

Disclosure: we hold no position in $PACB, either long or short, and we have not been compensated for this article.