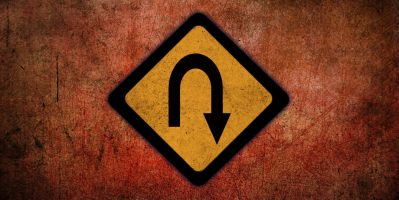 Biostage Inc (NASDAQ:BSTG) technical’s are rapidly improving, and its music to the ears of long term shareholders. BSTG is coming back from a poor 2016 which saw it lose 66% of its value, and an equally bad start to this year with a huge dump occurring at the beginning of February. But the weekly chart (below) has put in a potential bottom as indicated by the bullish reversal hammer in the last week of May and a nice rally up immediately following this has left the price hovering around the 50 cent mark.

The gap up on Monday to close at 60 cents has recaptured the 200 MA line on the daily and the 50MA line on the weekly confirming bullish sentiment has finally reemerged after a long time and allowing investors to get excited once again.

Biostage Inc (NASDAQ:BSTG) is a biotechnology company that is focused on developing bioengineered organ implants. They are focused around implementing their new Cellframe technology which uses a patient’s own stem cells in addition to their proprietary biocompatible scaffold allowing them to create Cellspan organ implants. These Cellspan implants are being developed to treat a variety of life threatening conditions of the esophagus, bronchus or trachea with the initial focus being treatment of the esophagus.

“The proof is in the pudding” is an apt phrase for biotech companies, a lot of them have great concepts and ideas but when it comes to execution many are found to be lacking, this is why it can be very challenging to value these companies. In Biostage’s case, their Cellspan implants are currently being advanced and tested in collaborative preclinical studies and the objective is to file an Investigational New Drug application (“IND”) with the U.S. FDA in the third quarter of 2017.  Once approved, the company will then be able to commence its first-in-human clinical trials for its esophageal implant product candidate by the end of 2017.

Monday’s spike in price was due to the announcement that Biostage’s Cellspan Esophageal Implant product candidate was used in a patient at a major U.S. hospital via an FDA-approved single-use expanded access application. The patient in question was a 75 year old male with a life threatening cancerous mass in his chest, the patient underwent surgery to remove the part of the esophagus that was affected by the cancer and the Cellspan Esophageal implant was inserted to reconstruct the esophagus. Three months down the line the patient is still alive and the implant has done its job.

Subscribe below and we’ll keep you on top of what’s happening before $BSTG stock makes its next move.

“We are encouraged by the ongoing success of the Cellspan Esophageal Implant in our first in-patient case, and we look forward to additional opportunities to provide an alternative solution to patients in need of an esophageal replacement. Our large-animal preclinical data has been promising, so we are invigorated by the apparent reaffirmation of the regenerative properties of our technology and the clinical benefits in this extremely complex case. The Cellspan Esophageal Implant has the potential to significantly improve quality of life for a patient who has undergone an esophageal resection, as it improves upon the current standard of care for the treatment of esophageal cancer. Regeneration of the esophagus in a high-risk patient and under extremely trying conditions, such as evidenced to date in this case, indicates that the regenerative properties of the implant may be reproducible in other patients.”

Biostage’s fortunes seemed to have turned around as of late, a lot hinges on the success of their Cellspan Esophageal Implant but with good news coming out Monday and more expected for the rest of this year combined with the bullish price action, this could be a good entry spot for investors. For continuing coverage on shares of BSTG stock, as well as our other hot stock picks, sign up for our free newsletter today and get our next breakout pick!

Disclosure: we hold no position in $BSTG, either long or short, and we have not been compensated for this article.