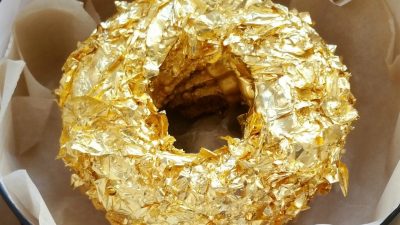 NOVO RESOURCES COR COM NPV (OTCMKTS:NSRPF) is a penny player in the gold space that has been truly on fire over the past month. NSRPF has flown higher over 225% in that time as the market adjusts to a new set of expectations for the company. In that vein, NSRPF just announced that it has signed definitive agreements completing the acquisition of certain tenements in the Karratha region of Western Australia which comprise the Comet Well project.

According to the release, the Comet Well project is comprised of three prospecting licenses and two exploration licenses that cover 54.5 square km.  As detailed in NSRPF’s June 26, 2017 news release, outcropping gold-bearing conglomerates are the target of Novo’s exploration at Comet Well. “The Comet Well tenements encompass a critical part of our Karratha gold project,” commented Dr. Quinton Hennigh, Chairman and President of Novo Resources Corp. “Similar gold-bearing conglomerates to those recently uncovered at Purdy’s Reward have been identified along approximately 6 km of strike at Comet Well.  Novo plans to extend its exploration program into the Comet Well area once these tenements have been granted and permitting is complete.”

NOVO RESOURCES COR COM NPV (OTCMKTS:NSRPF) trumpets itself as a company focused on the evaluation, acquisition, and exploration of gold properties.

According to NSRPF materials, “Novo’s focus is to explore and develop gold projects in the Pilbara region of Western Australia and built up a significant land package covering approximately 10,000 km2. Novo also controls a 100% interest in approximately 2 sq km covering much of the Tuscarora Au-Ag vein district, Nevada.”

Find out when $NSRPF stock reaches critical levels. Subscribe to OracleDispatch.com Right Now by entering your Email in the box below.

As noted above, NSRPF just officially signed on to the acquisition of a set of new properties in a promising zone of exploration. Management appears excited at the prospects here, and the market has seemed to express its excitement as well, as shares have been ripping higher.

The gold space, in general, has been perking up over the last few weeks as traders and investors adjust to the prospects of a world with a very weak and declining dollar. That is likely the most important macro catalyst here, but the micro catalyst we are watching with this stock is also a key driver.

As far as the details, NSRPF reports that “The aggregate cash portion of the purchase price pursuant to the definitive agreements is AU$1.75 million, of which AU$100,000 was paid upon signing of the preliminary agreements and AU$150,000 will be paid upon signing of the definitive agreements.  The shares portion of the purchase price consists of 1,450,000 Novo common shares (collectively, the “Initial Consideration Shares”). The Initial Consideration Shares will be subject to a statutory hold period expiring four months from the date of issuance.”

The chart shows a bit less than 250% piled on for shareholders of the company during the trailing month. Market participants may want to pay attention to this stock. NSRPF has a track record that includes a number of dramatic bounces. Moreover, the name has registered increased average transaction volume recently, with the past month seeing exceeding 330% beyond its prior sustained average level.

Earning a current market cap value of $254.35M, NSRPF has a chunk ($1.6M) of cash on the books, which must be weighed relative to virtually no total current liabilities. The company is pre-revenue at this point. You can bet we will update this one again as new information comes into view. For continuing coverage on shares of $NSRPF stock, as well as our other hot stock picks, sign up for our free newsletter today and get our next breakout pick!

Disclosure: we hold no position in $NSRPF, either long or short, and we have not been compensated for this article.