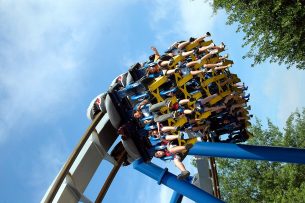 Viva Entertainment Group Inc (OTCMKTS:OTTV) is one of the more dramatic success stories on the OTC in the past 60 days, with nearly 2,000% added to share values in just a week at one point. Now the action has calmed down a bit, and we are “only” seeing 10-40% one way or the other in any given week. In short, it’s been a trader’s paradise for those able to time the swings. OTTV is a new media play looking for a share of the Over-the-Top media market.

The stock’s most recent catalyst is the company’s move to unveil its Premium Movie Channel Package consisting of HBO, SHOWTIME, CINEMAX AND MOREMAX premier channels. According to its most recent release, “the Company is pleased to offer this entire package to all current VivaLiveTV customers at no cost for the next thirty days. The new subscribers will have 3 days to sign up and become eligible to receive same special offer. This package is available for purchase at monthly rate of $28.95.” Here’s a little background on the company:

Viva Entertainment Group Inc (OTCMKTS:OTTV) trumpets itself as a global entertainment and technology company connecting content owners and video distributors to deliver premium content on any smart device with a screen.

Viva has developed an OTT system through which television services are delivered using the Internet protocol suite over a network such as the Internet, instead of being delivered through traditional terrestrial, satellite signal and cable television formats.

According to company materials, “VIVA Entertainment Group, Inc. is a global entertainment and technology company connecting content owners and video distributors to deliver premium content on any smart device with a screen. VIVA has developed an OTT system through which television services are delivered using the Internet protocol suite over a network such as the Internet, instead of being delivered through traditional terrestrial, satellite signal and cable television formats. VIVA, your entertainment partner, provides subscribers access to the content they want anywhere, anytime. With a WiFi connection our customers can watch Live TV from around the world, TV shows, as well as movies on demand, Tele-video conference and many other interactive features. Independent and major film studios, television networks, Telecoms, Cable Companies, and emerging ISPS partner with VIVA for enhanced capabilities in multi-platform video distribution. The only true end-to-end provider of premium content technology services, VIVA looks to license and deliver to traditional and OTT video distributors across the world.”

Find out when $OTTV stock reaches critical levels. Subscribe to OracleDispatch.com Right Now by entering your Email in the box below.

As noted above, after being a bullet with teeth and flames in June and early July, OTTV shares have calmed into a roller-coaster range. Traders trying to get a bearing on its next swing may want to pay attention to the company’s new offering, which pushes its Premium Movie Channel Package, consisting of HBO, SHOWTIME, CINEMAX AND MOREMAX premier channels, at less than $30/month during the new promotion. That news has had fueled continued wild swings in the stock.

Johnny Falcones, CEO, proudly adds: “VivaLive TV has been focused on creating the best viewing experience for its customers and shareholders. Just in past 10 days, we had expanded our platform with such new viewing options and features like integration with Roku®, Amazon Fire TV® platforms and launching a DVR functionality. An addition of premium content such as HBO®, SHOWTIME®, CINEMAX® and MOREMAX® confirms that Viva is well on its way of becoming the golden standard of the OTT industry. I am very proud of my management team and very thankful to all customers and shareholders. It’s a great feeling to see how Viva is moving towards becoming the best tv streaming platform in the market.”

The chart shows nearly -10% stripped out of shares of the company during the trailing week, and that action is running along in the larger trend in the name over the past month. That said, OTTV has a track record that includes a number of dramatic bounces, including a massive spike higher in June and early July to the tune of nearly 1,700% in just 5 days. In addition, the listing has registered increased average transaction volume recently, with the past month seeing nearly 250% above its longer run average levels.

Currently trading at a market capitalization of $13.71M, OTTV has virtually no cash on the books, which must be weighed relative to about $546K in total current liabilities. The company is pre-revenue at this point. This may be a very interesting story and we will look forward to updating it again soon. For continuing coverage on shares of $OTTV stock, as well as our other hot stock picks, sign up for our free newsletter today and get our next breakout pick!

Disclosure: we hold no position in $OTTV, either long or short, and we have not been compensated for this article.