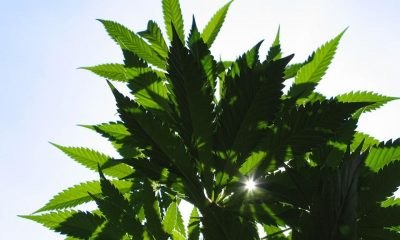 Axim Biotechnologies Inc (OTCMKTS:AXIM) has been sliding of late, but the move represents a leg lower in what still appears to be the context of a ranging consolidative correction following the stock’s quite remarkable ascent last Fall. The company’s most recent catalyst is its announcement that it has entered into a Clinical Study Agreement (CSA) with the University of British Columbia in Canada to begin a clinical trial with its CanChew Plus cannabidiol (CBD) chewing gum product to treat drug-induced psychosis in adult patients.

According to the release, the University will work with Health Canada and their own ethics board to design the trial, which will be conducted at the University of British Columbia, Canada, and will demonstrate the efficacy of AXIM’s chewing gum product composed of 50mg CBD to treat drug-related psychosis.

As noted above, the company recently announced that it has entered into a Clinical Study Agreement with the University of British Columbia in Canada to begin a clinical trial with its CanChew Plus cannabidiol chewing gum product to treat drug-induced psychosis in adult patients.

According to the release, drug-related psychosis, also known as substance-induced psychotic disorder, is any psychotic episode that is related to the abuse of an intoxicant. According to the National Alliance on Mental Illness, about 3 in every 100 people will experience at least one episode of psychosis in their lifetimes.

“This is another major milestone for AXIM, as we embark on this new clinical program on patients suffering from drug-related psychosis using innovative delivery mechanisms containing cannabinoids,” said George E. Anastassov, MD, DDS, MBA and Chief Executive Officer of AXIM Biotech. “We are excited to be collaborating with the University of British Columbia, one of Canada’s top leading academic institutions, to determine if our CBD chewing gum product will prove to be effective in treating patients for this unmet medical need condition.”

The chart shows a bit more than -20% burnt out of share values of the company over the past week of action, but this action is running counter to the larger trend in the name. We are talking about a stock that was literally trading at $0.25/share just last October. So, when you see this pullback, keep a little perspective. What’s more, the listing has seen an influx in interest of late, with the stock’s recent average trading volume running 34% over what the stock has registered over the longer term.

Currently trading at a market capitalization of $331.7M, Axim Biotechnologies Inc has a store ($632K) of cash on the books, which must be weighed relative to about $880K in total current liabilities. AXIM is pulling in trailing 12-month revenues of $52K. In addition, the company is seeing major top line growth, with y/y quarterly revenues growing at 33%. We will update the story again soon as developments transpire. For continuing coverage on shares of $AXIM stock, as well as our other hot stock picks, sign up for our free newsletter today and get our next hot stock pick!

Disclosure: we hold no position in $AXIM, either long or short, and we have not been compensated for this article.