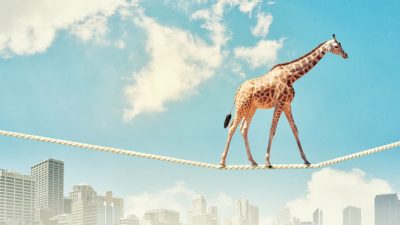 Sino Agro Food Inc (OTCMKTS:SIAF) is a micro-cap that really caught the eyes of traders on the OTC last month when the SIAF ripped over 100% highs in just a couple weeks. We are currently seeing a pullback that could offer an interesting opportunity if the story begins to add up for the larger crowd of market participants. The stock’s most recent catalyst is the company’s announcement that its former subsidiary, Tri-way Industries, in which Sino Agro Food, Inc. holds a 36.6% ownership interest, has updated plans for its Aquaculture Farm 1 and Aquaculture Farm 2.

According to the release, in addition to production, AF2 houses Tri-way’s research and development facility, where new species are tested for commercial viability. One of the advantages of the indoor A Power Recirculating Aquaculture System is the flexibility to harvest different seafood species, “enabling Tri-way to adapt to changes in pricing and supply conditions.” Two new fish species are currently being grown successfully at Aquaculture Farm 2: the Pearl Grouper, and the Empurau, which we will look at further below.

Sino Agro Food Inc (OTCMKTS:SIAF) bills itself as an agriculture technology and natural food holding company with principal operations in the People’s Republic of China.

SIAF acquires and maintains equity stakes in a cohesive portfolio of joint venture businesses that they form according to its core mission to produce, distribute, market and sell natural, sustainable protein food and produce, primarily seafood and beef, to the rapidly growing middle class in China.

Sino provides financial oversight and strategic direction for each company, and for the interoperation between companies. The Company owns or licenses patents, proprietary methods, and other intellectual properties in fertilizer, livestock feed, indoor recirculating aquaculture systems, and other arenas of agricultural technology.

Find out when $SIAF stock reaches critical levels. Subscribe to OracleDispatch.com Right Now by entering your Email in the box below.

According to the release, the “Pearl Grouper is a tropical marine species, growing mainly along the southern coasts of China during the warm seasons. Yet the APRAS technology has demonstrated the ability to grow them successfully inland and indoors. This is a commercially attractive species in the long term, as restaurant demand drives estimated consumption upward of 0.5 million MT/year in China. Wholesale prices are expected to sustain at USD 10-12/kg and to generate reasonably strong and consistent profit margins all year long.”

The Empurau is apparently “an especially prized delicacy. Empurau is a native species of fish originated from Malaysia and well-known there for the last century. Empurau translates as “unforgettable,” because of its unique and unforgettable taste.”

The Empurau population has been dwindling in its native habitat as a result of hunting by anglers, fishers and others, mainly as a result of the high demand and premium pricing this species fetches from the market. Triway’s effort, if goes as planned, will contribute toward helping to curb the decimation of its wildlife population, while maintaining production at levels capable of continually garnering a premium return from the market.

Recent action has seen 15% tacked on to share pricing for the company in the past month, a bounce that has taken root amid largely bearish action over the larger time frame. However, SIAF has a track record that includes a number of dramatic bounces. Moreover, the name has seen an influx in interest of late, with the stock’s recent average trading volume running just under 110% beyond what we have been seeing over the larger time frame.

This should not be overlooked with a float in play that’s limited — roughly 14.4M shares. As savvy traders are well aware, a restricted trading float and a jump in trading volume can crimp supply and push share prices higher.

At this time, carrying a capital value in the market of $54.23M, Sino Agro Food Inc has a significant war chest ($20.7M) of cash on the books, which stands against about $4.1M in total current liabilities. SIAF is pulling in trailing 12-month revenues of $390.9M. However, the company is seeing declines on the top line on a quarterly y/y basis, with revenues falling at -28%. This may be a very interesting story and we will look forward to updating it again soon. For continuing coverage on shares of $SIAF stock, as well as our other hot stock picks, sign up for our free newsletter today and get our next hot stock pick!

Disclosure: we hold no position in $SIAF, either long or short, and we have not been compensated for this article.