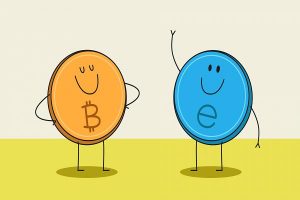 BITCOIN SERVICES I COM USD0.001 (OTCMKTS:BTSC) is a penny player in the cryptocurrency space that has started to really jump once again. Quite a bit of credit for recent momentum must be given to the macro conditions for the space, as crypto fever has been blaring full volume over the past week, taking all related plays with it. Overall, BTSC has continued to outperform most other players in the crypto space over the past 4-7 months, with as much as 900% in gains just so far in 2017.

BTSC just announced that it launched a new corporate website www.bitcoinservicescorp.com. According to the release, the company also plans to announce their earnings this week. “Bitcoin Services Inc began the mining of Dash in the 1st quarter of 17. Dash is Digital Cash You Can Spend Anywhere. Dash can be used to make instant, private payments online or in-store using our secure open-source platform hosted by thousands of users around the world. In addition, Bitcoin Services Inc. has created a new subsidiary Crypto Capital Corp (www.cryptocapitalcorp.com) that will develop a new Crypto currency wallet. The wallet will let users safely store multiple digital currencies in one wallet. Bitcoin Services Inc. would also like to congratulate all Bitcoin users for reaching a historic all-time high on August of 2017.”

BITCOIN SERVICES I COM USD0.001 (OTCMKTS:BTSC) bills itself as a company engaged in the mining of Bitcoin as well as Blockchain software development. Bitcoin mining is the process by which transactions are verified and added to the public ledger, known as the block chain, and also the means through which new Bitcoins are released.

Traders of BTSC have to be excited given the company’s central location in what has clearly become the hottest ticket of 2017. Mainstream interest in the cryptocurrency space has gone through the roof, even though actual asset class participation among investors still has remained relatively tepid. That’s why one must see the potential for this whole phenomenon to get even more insane. Bitcoin is very hyped, but it’s also a long way from being “crowded”.

As for BTSC, the company has a lot of irons in the fire, but it’s going to have to work hard to make good on many of its current plans. One thing is for certain: the number of well-capitalized, well-managed, and well-staffed competitors in the space is likely to increase dramatically now the market has bestowed such a level of credibility and promise on everything even tangentially related.

BTSC does appear to have a strong set of potential horses in the barn right now. As you may recall, just a few months ago, it announced that it began mining Monero in the 1st quarter of 2017. In fact, according to recent data, monero has been charging up the list of best performing cryptos, moving recently into the 12th spot in terms of market cap.

We’ve witnessed 73% tacked on to share pricing for the company in the past month. Market participants may want to pay attention to this stock. BTSC has a track record that includes a number of dramatic bounces. In addition, the company has witnessed a pop in interest, as transaction volume levels have recently pushed exceeding 150% above its longer run average levels.

Earning a current market cap value of $47.21M, BTSC has about $136K in cash on the books, which must be weighed relative to about $118K in total current liabilities. The company booked nominal revenues in the first quarter of 2017. This may be a very interesting story and we will look forward to updating it again soon. For continuing coverage on shares of $BTSC stock, as well as our other hot stock picks, sign up for our free newsletter today and get our next breakout pick!

Disclosure: We hold no position in $BTSC, either long or short, and we have not been compensated for this article.