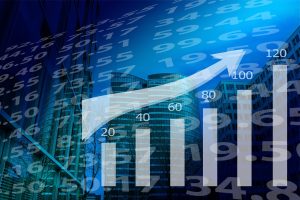 Bioline RX Ltd (NASDAQ:BLRX) is a small cap biopharma player that has been really ramping things up the chart over the past month. Clearly, one of the most important catalysts in driving the action here was the BLRX’s financial results for the second quarter ended June 30, 2017. Perhaps most important was the company’s announcement of its plans to initiate a Phase 3 pivotal study with BL-8040 as novel stem cell mobilization treatment for autologous bone-marrow transplantation in H2 2017, following a successful meeting with the FDA.

Bioline RX Ltd (NASDAQ:BLRX) trumpets itself as a clinical-stage biopharmaceutical company focused on oncology and immunology. The Company in-licenses novel compounds, develops them through pre-clinical and/or clinical stages, and then partners with pharmaceutical companies for advanced clinical development and/or commercialization.

Find out when $BLRX stock reaches critical levels. Subscribe to OracleDispatch.com Right Now by entering your Email in the box below.

BLRX’s leading therapeutic candidates are: BL-8040, a cancer therapy platform, which has successfully completed a Phase 2a study for relapsed/refractory acute myeloid leukemia (AML), is in the midst of a Phase 2b study as an AML consolidation treatment and a Phase 1b/2 study in pancreatic cancer, and is expected to initiate a Phase 3 study in stem cell mobilization for autologous transplantation; and AGI-134, an immunotherapy treatment in development for multiple solid tumors, which is expected to initiate a first-in-man study in the first half of 2018.

In addition, BLRX has a strategic collaboration with Novartis Pharma AG for the co-development of selected Israeli-sourced novel drug candidates; a collaboration agreement with MSD (known as Merck in the US and Canada), on the basis of which the Company has initiated a Phase 2a study in pancreatic cancer using the combination of BL-8040 and Merck’s KEYTRUDA®; and a collaboration agreement with Genentech Inc., a member of the Roche Group, to investigate the combination of BL-8040 and Genentech’s atezolizumab in several Phase 1b/2 studies for multiple solid tumor indications and AML.

As noted above, BLRX just announced formal financial results for the quarter ended June 30, with the most headlines there having to do with new details on its plans to push its pipeline forward. However, there was more to the report, including the announcement of an additional direct investment by BVF Partners, L.P., its largest shareholder, increasing its economic interest in the Company to 24.9%.

Philip A. Serlin, Chief Executive Officer of BioLineRx, remarked, “We are pleased to report second quarter-to-date activities that reinforce our focus to deliver on our objectives.  This included timely initiation of our cancer immunotherapy collaboration with Genentech for pancreatic cancer, as well as regulatory advancements for additional indications in other solid tumors, AML, and stem cell mobilization. Thus, by the end of the year, we remain poised to have one Phase 3 and seven Phase 2 or 1b/2 clinical trials up and running, in addition to announcing partial results in our Phase 2 study in pancreatic cancer under our immunotherapy collaboration with Merck.”

Now commanding a market cap of $121.82M, BLRX has a significant war chest ($24.2M) of cash on the books, which is balanced by about $325K in total current liabilities. The company is pre-revenue at this point. This is an exciting story, and we look forward to a follow-up chapter as events transpire. For continuing coverage on shares of $BLRX stock, as well as our other hot stock picks, sign up for our free newsletter today and get our next breakout pick!

Disclosure: we hold no position in $BLRX, either long or short, and we have not been compensated for this article.