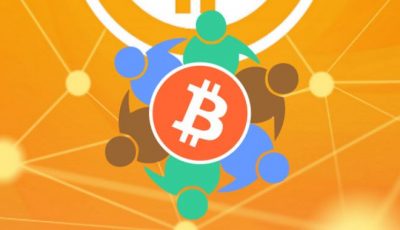 FIRST BITCOIN CAP COM NPV (OTCMKTS:BITCF) is a micro-cap player in the cryptocurrency space that has been truly on fire, along with many other players in the space. In this case, we do have some news, but we think the key to understanding the action here is a broader issue. In any case, the company just announced its sale of $Weed, which is one of the newest fiat currencies floated in the booming Cryptocurrency markets.

The large block purchase was made by Singlepoint Inc (OTCMKTS:SING). After many months of collaboration, the two companies have decided this initiative is the starting point for a much larger play in the cryptocurrency markets, according to a release by the companies. “Weed “Coin” is a crypto currency geared toward solving the payment problems found in the cannabis industry. The coin recently had its ICO launch resulting in an impressive yet illiquid market cap of close to $60,000,000.”

According to company materials, “First Bitcoin Capital Corp is engaged in developing digital currencies, proprietary Blockchain technologies, and the digital currency exchange- www.CoinQX.com. We see this step as a tremendous opportunity to create further shareholder value by leveraging management’s experience in developing and managing complex Blockchain technologies, developing new types of digital assets. Being the first publicly-traded cryptocurrency and blockchain-centered company (with shares both traded in the US OTC Markets as [BITCF] and as [BIT] in crypto exchanges) we want to provide our shareholders with diversified exposure to digital crypto currencies and blockchain technologies. At this time the Company owns and operates more than the following digital assets under development.”

As noted above, BITCF shares have been as strong as a mushroom cloud in the past few days. We think there are several factors involved. But most importantly, the company’s recent deal with SING on $Weed and its ICO has focused attention on the company as a very small publicly traded cryptocurrency developer.

The space is in a frenzy right now, with different coins acting like IPO’s in the Nasdaq in the late 1990’s. They pop up and then ramp 2000% in a week. The dynamic is driven by a process of gradually accelerating psychological acceptance of the cryptocurrency world by the mainstream public, particular in Asia.

We recently published a piece on GBTC that contended that the bitcoin phenomenon is not a bubble right now. The reasoning was given as a thought experiment asking the reader to imagine interviewing all his/her friends, family, and neighbors about their respective allocation to bitcoin. In short, the point was put as the simple question: How long would the list of bitcoin owners be?

Since the answer, we believe, would be close to nil for most of our readers – who likely represent some of the more speculative market participants in any slice of the human pie – we are forced to conclude that the phenomenon cannot possibly be a bubble. A bubble for a whole asset class is necessarily a function of an overshot participation level. Once everyone is involved, the supply of “greater fools” is tapped out.

In this case, just about everyone in the developed world is potentially an eventual greater fool. BITCF is jumping as folks start to dig for who might be the winners as that process unfolds.

The chart shows 320% tacked on to share pricing for the name in the past week. This is emblematic of the stock. BITCF is a stock whose past is littered with sudden rips. Furthermore, the stock has seen an influx in interest of late, with the stock’s recent average trading volume running above 350% over the long run average.

At this time, carrying a capital value in the market of $454.4M, BITCF has virtually no cash on the books, which is balanced by about $175K in total current liabilities. The company is pre-revenue at this point. This may be a very interesting story and we will look forward to updating it again soon. For continuing coverage on shares of $BITCF stock, as well as our other hot stock picks, sign up for our free newsletter today and get our next breakout pick!

Disclosure: We hold no position in $BITCF, either long or short, and we have not been compensated for this article.