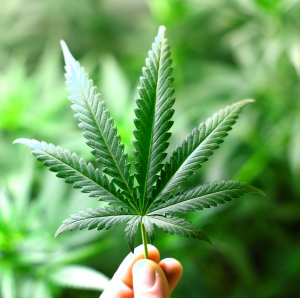 SUNSET IS GRP INC COM USD0.001 (POST REV SPLT (OTCMKTS:SIGO) appears to be a new flavor of the day on the OTC in the cannabis patch. SIGO has been red hot over the past month, ripping as much as 550% off its July lows on a breakout from a long-term basing pattern. The big run in the stock appears to be predicated on an expansion and the news that its current supply of medical grade marijuana had been pre-sold to California-based player.

SIGO’s most recent catalyst is its announcement that they have looked at additional expansion space that’s available and that they are now considering 230,000 square feet of cannabis grow space. CEO T.J. Magallanes stated, “We have a very solid plan for accessing additional capital for expansion that will more than meet our previously announced expansion plans.  With that being said, as a result of recent discussions with our current lease holder, it has come to our attention that up to 230K square feet of additional grow space could become available soon at very favorable terms.  We are strongly considering this option based on the terms presented.  Based on the results of our first harvest and the overall performance of our team, we are of the opinion that we should be able to scale up production at a much quicker pace than originally expected.”

SUNSET IS GRP INC COM USD0.001 (POST REV SPLT (OTCMKTS:SIGO) trumpets itself as a company whose principal line of business is the cultivation of medical cannabis.

SIGO has leased green house space in Northern California that has been approved for cannabis cultivation. The greenhouse is 12,000 square feet; however, SIGO has begun filing its permits to expand to 22,000 square feet.

Find out when $SIGO stock reaches critical levels. Subscribe to OracleDispatch.com Right Now by entering your Email in the box below.

As noted above, SIGO has been on a major bull run following the company’s announcement of plans of a major expansion. The ramping action in the market for SIGO shares has been an aggressive show of faith. As updates hit the market, that faith has been augmented. Of course, that means the stock has a potential trap door below if we see a hiccup in the plans. But so far, management appears to be increasingly sanguine.

CFO Valerie Baugher stated, “Even if we do not immediately put all of that square footage into production, another consideration is the permitting and licensing requirements that will be put into effect across the state of California at the beginning of next year.  Every indication points to less growers across the state as the legal requirements become more stringent.  Having a surplus of square footage could become an advantage to us if in fact the demand for product becomes more than available supply.”

Mr. Magallanes went on to say, “We are working out the details on two more pieces of very exciting news and will share with our investors in the coming weeks.  If both of these come to fruition, there’s no doubt in our minds that investors will be extremely pleased with their investment in Sunset Island Group.”

Recent action has seen approaching 470% during the past month in terms of shareholder gains in the listing, a bounce that has taken root amid largely bearish action over the larger time frame. The situation may be worth watching. SIGO is a stock whose past is littered with sudden rips. Furthermore, the company has witnessed a pop in interest, as transaction volume levels have recently pushed just shy of 240% over what the stock has registered over the longer term.

Earning a current market cap value of $39.53M, SIGO has been carrying around a basic blank slate in terms of financial data: virtually no cash on the books, which stands against virtually no total current liabilities. And the company is pre-revenue at this point. This may be a very interesting story and we will look forward to updating it again soon. For continuing coverage on shares of $SIGO stock, as well as our other hot stock picks, sign up for our free newsletter today and get our next breakout pick!

Disclosure: we hold no position in $SIGO, either long or short, and we have not been compensated for this article.