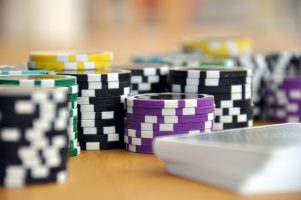 Amfil Technologies Inc (OTCMKTS:AMFE) has been perhaps the most exciting and explosive name on the super-penny OTC list so far in 2017. If it’s not on top of that list, it’s certainly awfully close. AMFE has been a firecracker all year and is constantly flashing signals of an expansion agenda, and the story is plausible enough according to investors. Shares have risen as much as 3,214% since Jan 1.

In AMFE’s most recent press release, we get a wide range of update material. One of the most interesting parts of the release is tagged onto the end, in which the company reveals that, “we are pleased to announce that we have received an estimated date of completion from the auditors today. They have advised the audit is, ‘to be completed on, or prior to, the Company’s extended deadline for filing its 10-K for the fiscal year ended June 30th 2017’. There is still a lot of work to be done to have this completion date met, but we feel this will be a tremendous achievement in a short period of time to have a multi-year audit completed prior to the ‘actual’ due date of our Fiscal Year End 2017, which we already filed early. We were excited to receive this update and will continue to work diligently with the auditors over the coming weeks to ensure that this estimated timeline becomes a reality for the company and its shareholders.”

As noted above, AMFE just hit the market with a comprehensive update on its new and ongoing business operations. We think that, while they touch on a number of trends, notes, and data relating to operations in its various segments and locations, the show may have been stolen by a further confirmation that the company plans to release an audited 10K fiscal year filing (year ended June 30, 2017). As we see it, that might allow the company to uplist off the pink sheets, which would, in this case, likely be a major event that could serve to validate many elements to this story for the skeptics out there.

The narrative does contain some drama though. As the company notes in their release, they have until the extended deadline for filing the 10-k. Although the press release doesn’t spell this deadline out for some reason, we know that it is 105 days after the end of the reporting period: 90 days for small filing entities plus an automatic triggering of the SEC’s extension rule 12-25, which grants an extra 15 days. That would seem to indicate a deadline of October 13, 2017, if our math skills are up to snuff.

We’ve witnessed 87% added to share values of the name over the past month of action. Market participants may want to pay attention to this stock. AMFE has evidenced sudden upward volatility on many prior occasions. In addition, the name has registered increased average transaction volume recently, with the past month seeing 57% beyond what we have been seeing over the larger time frame.

Now commanding a market cap of $98.81M, AMFE has a stash ($267K) of cash on the books, which is balanced by about $567K in total current liabilities. AMFE is pulling in trailing 12-month revenues of $6.6M. In addition, the company is seeing major top line growth, with y/y quarterly revenues growing at 1929.4%. You can bet we will update this one again as new information comes into view. For continuing coverage on shares of $AMFE stock, as well as our other hot stock picks, sign up for our free newsletter today and get our next hot stock pick!

Disclosure: we hold no position in $AMFE, either long or short, and we have not been compensated for this article.