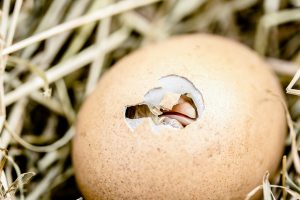 BTCS Inc (OTCMKTS:BTCS) is a micro-cap player in the cryptocurrency space. This is clearly the 2017 all-star buzz market space. It is to this year what cannabis was to 2016. And BTCS is a perfect example of that trend. BTCS is coming off what its own management calls “a disastrous year” (see the BTCS pitch deck on their website), but the stock is up massively in recent months as the fever surrounding bitcoin bleeds through every related play on the OTC.

As far as individual company catalysts, the only thing to come along in the last couple weeks was the BTCS’s announcement of the appointment of Jonathon R. Read to the Company’s Board of Directors. “Jonathon brings a wealth of public company expertise to our board,” commented Charles Allen, CEO of BTCS. “As we move forward on our plans to build a vertically-integrated operation in the burgeoning blockchain space, Jonathon’s experience should add tremendous value.”

BTCS Inc (OTCMKTS:BTCS) operates a beta ecommerce marketplace. It hosts an online ecommerce marketplace where consumers could purchase merchandise using digital currencies, such as bitcoin, litecoin, and dogecoin. The company was formerly known as Bitcoin Shop, Inc. and changed its name to BTCS Inc. in July 2015. BTCS Inc. was founded in 2013 and is headquartered in Arlington, Virginia.

According to press materials, “BTCS is one of the first U.S. publicly traded companies focused on digital assets and blockchain technologies. Subject to additional financing, BTCS plans to create a portfolio of digital assets including bitcoin and other “protocol tokens” to provide investors a diversified pure-play exposure to the blockchain space. The blockchain is a decentralized public ledger and could fundamentally impact all industries on a global basis that rely on or utilize record keeping and require trust. BTCS is keenly focused on growth through acquisition and intends to acquire digital assets through open market purchases and participation in initial digital asset offerings (often referred to as initial coin offerings). Additionally, BTCS may acquire digital assets by resuming our transaction verification services business (often referred to as mining) through outsourced data centers, earning rewards in digital assets by securing their respective blockchains.”

Find out when $BTCS stock reaches critical levels. Subscribe to OracleDispatch.com Right Now by entering your Email in the box below.

As noted above, the whole bitcoin and cryptocurrency space has been in a fevered frenzy over the past couple months. And BTCS has massively benefitted from the macro excitement associated with that frenzy.

In the meantime, BTCS has beefed up its board. According to the release, “Mr. Read has held numerous executive positions with domestic and international companies over a career that spans in excess of 35 years. Most recently, from 2013 to present, he has served as Managing Partner of Quadratam1 LLC, a Scottsdale, Arizona based firm specializing in providing financial and organizational consulting services for growth-stage companies in the US and China. Prior to that, he served as Chief Executive Officer or President of Timefire VR, Inc., formerly known as EnergyTek Corp., and during the course of his tenure repositioned, re-financed, and merged the company into an entity focused on the virtual reality sector. Beginning in 2005 and continuing through 2012, he founded and served as Chief Executive Officer and a director of ECOtality, Inc., a San Francisco-based entity in the field of electric vehicle charging and battery technology.”

The chart shows in excess of 170% tacked on to share pricing for the stock in the past month, but this action is running counter to the larger trend in the name. That said, BTCS is a stock whose past is littered with sudden rips. What’s more, the name has registered increased average transaction volume recently, with the past month seeing a bit over 240% over the long run average.

Now commanding a market cap of $34.39M, BTCS has virtually no cash on the books, which stands against virtually no total current liabilities. BTCS is pulling in trailing 12-month revenues of $360K. However, the company is seeing declines on the top line on a quarterly y/y basis, with revenues falling at -97.9%. We will update the story again soon as developments transpire. For continuing coverage on shares of $BTCS stock, as well as our other hot stock picks, sign up for our free newsletter today and get our next hot stock pick!

Disclosure: we hold no position in $BTCS, either long or short, and we have not been compensated for this article.