On The Move Systems Corp (OTCMKTS:OMVS) Presents an Interesting Opportunity 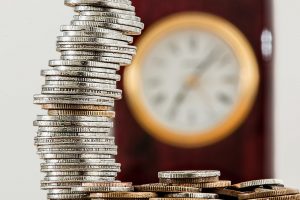 On The Move Systems Corp (OTCMKTS:OMVS) has been one of the real interesting stories on the OTC over the Summer. OMVS has been more or less constantly en fuego since late June, powering over 500% higher during the past 6 weeks. OMVS just announced that Robotic Assistance Devices, the company’s key subsidiary and real growth engine, has signed a distribution agreement with one of the largest security companies in North America for the distribution of RAD’s autonomous security robots.

“We are very pleased to have entered into a distribution agreement with this major partner,” said Steve Reinharz, President and CEO of RAD. “This partnership is expected to significantly assist us in penetrating the North American market as we continue to expand our distribution network.”

“We reincorporated into Nevada on February 17, 2015. Our business focus is transportation services. We are currently exploring the on-demand logistics market by developing a network of logistics partnerships. Our year-end is February 28.”

The business focus is transportation-related technology services. OMVS notes that it is currently exploring the online, on-demand logistics market by developing a shared economy network of trucking partnerships.

As we see it, the story for OMVS is all about RAD at this point. That points to the possibility of another strong catalyst ahead for this stock.

According the company’s most recent release, “Due to the many commercial opportunities that RAD’s management has recently been pursuing, RAD was forced to divert staff resources from the preparation of required documents for the acquisition of RAD by OMVS. As a result, management of both RAD and OMVS expect to close the acquisition by August 31, 2017.”

The suggests the market may contain an ounce of skepticism about this ever closing right now. That happens every time a microcap stock announces a “delay” in processing something. Big board stocks get the benefit of the doubt. OTC stocks don’t.

And that may present an opportunity: If this transaction does close at the end of the month, then the market will probably remove its “doubt discount” given that the whole run we have seen in this stock from the nickel/share share level is surely founded on the prospect that OMVS has RAD on board.

“We look forward to consummating the acquisition shortly and are in the final stages of completing the required documents for the closing,” said Garett Parsons, President and CEO of OMVS.

The chart shows 110% added to share values of the company over the past month of action. The situation may be worth watching. OMVS has a track record that includes a number of dramatic bounces. Moreover, the name has seen interest climb, with an increase in recent trading volume of a bit less than 170% over what the stock has registered over the longer term.

It pays to take note of this fact with the stock trading on a float that is very limited at just 2M shares. One is wise to respect the dynamic this may create — a mechanically driven price squeeze can result from this type of mix of small float and ramping attention from traders.

Earning a current market cap value of $12.91M, OMVS has virtually no cash on the books, which compares with about $1.7M in total current liabilities. One should also note that debt has been growing over recent quarters. The company is pre-revenue at this point. As more color becomes clear on the name, we will review the situation and update our take. For continuing coverage on shares of $OMVS stock, as well as our other hot stock picks, sign up for our free newsletter today and get our next hot stock pick!