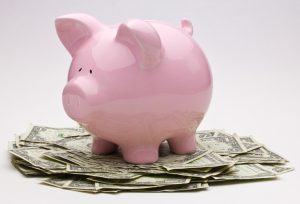 GoodRx Holdings Inc. (NASDAQ:GDRX) on the Path to Ruin

Livongo Health Inc. (LVGO) shares are trading at lower $136.67 and the avg recommendation for the stock is Moderate Buy, while the current analyst...
Read more
Sector News

SL Green Realty Corp. (SLG) shares are trading at lower $45.87 and the avg recommendation for the stock is Moderate Buy, while the current...
Read more
Sector News

Carvana Co. (CVNA) shares are trading at lower $201.38 and the avg recommendation for the stock is Moderate Buy, while the current analyst price...
Read more

American Security Resources Corporation (OTCMKTS:ARSC) is the latest new addition to the thriving cryptocurrency space. It’s always difficult in times such as these to know who is for real, and who isn’t. So far, the market is certainly reacting well to the company’s move. Just two weeks ago, the company announced that it has officially changed its name to Bitcoin Crypto Currency Exchange Corporation in Nevada, the State of incorporation, “as it prepares to enter the booming Crypto currency markets.”

Then, just a few days ago, the company announced that it has acquired 100% of Kachingpay.com Incorporated in a cash and stock transaction. KaChing will be merged in to ARSC as a wholly owned subsidiary.

The app will allow trade and redemption of Bitcoins or other crypto currencies using iOs or Android devices from anywhere, anytime. With the help of third party technology, Bitcoin Crypto Currency Exchange Corporation aims to be one of the first companies to properly address trading between different Crypto Currencies on mobile devices.

Bitcoin Crypto Currency Exchange Corporation retains legacy assets related to its previous business plan of developing hydrogen fuel cell technology and natural resource assets. The disposition of these assets will be determined in the near future.

According to the release, “KaChing is a smartphone-based payment and money transfer system created by Prometheus Software. KaChing is fast, free, and failsafe. KaChing recognizes that current user fees and charges with existing payment and money transfer systems are excessive. Today’s payment transactions and systems are burdened by their complexity and cost. KaChing will drive down user fees and charges so that purchase payment processing will become a low cost, commodity utility. Using the free KaChing mobile app, consumers purchase tokens for their digital wallet. KaChing gift card tokens are then used for purchases with merchants. Consumers do not need credit cards, debit cards or specialized hardware. Merchants use existing hardware as well: computers, smartphones or tablets. KaChing uses Apple iOS and Android mobile devices for payment. Management considers this acquisition significant as it provides a mobile front end on iOS and Android to the BitcoinMWallet mobile exchange platform for crypto currencies, which will be created by the Company.”

Find out when $ARSC stock reaches critical levels. Subscribe to OracleDispatch.com Right Now by entering your Email in the box below.

As noted above, the company has barreled headlong into the cryptocurrency space. The space has been on fire for the last few months, so we would certainly expect there to be many examples of pivots into the space. As such, this move is no surprise. The market has been enthusiastic about the move, but volume has not been overly impressive, so we would assume the jury is very much still out on this one.

“We have decided to make this change to better reflect the new activities of our company. We have already taken steps to bring the company into compliance with OTC Markets and expect to have more announcements soon,” said CEO Frank Neukomm.

He further added, “The Company, today, has appointed Jay Jordon, Michel Beaulieu, and Duncan Brown to its Advisory Board as they have more than 50 years of combined experience in emerging digital technologies. We believe the Company is now positioned to aggressively pursue crypto-currencies and Bitcoin opportunities, and have changed our name to accurately reflect our new direction.”

The chart shows a bit more than 1200% tacked on to share pricing for the listing in the past month. This is emblematic of the stock. ARSC is a stock who’s past is littered with sudden rips. Furthermore, the company has seen interest climb, with an increase in recent trading volume of just shy of 1100% above its longer run average levels.

Traders should note this as important with the stock trading on a float that is tiny at just 649K shares. Traders should not overlook this combination, as a restricted trading float and a jump in trading volume can crimp supply and push share prices higher.

Currently trading at a market capitalization of $931K, ARSC has virtually no cash on the books, which is balanced by about $2M in total current liabilities. One should also note that debt has been growing over recent quarters. The company is pre-revenue at this point. We will update the story again soon as further details emerge. For continuing coverage on shares of $ARSC stock, as well as our other breakout picks, sign up for our free newsletter today and get our next hot stock pick!

Disclosure: we hold no position in $ARSC, either long or short, and we have not been compensated for this article.