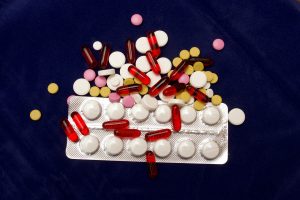 OXIS International, Inc. (OTCMKTS:OXIS) are continuing to pop today seeing +10% gains and holding gains from yesterday. OXIS has been on fire since four patients were announced into its Phase-2 drug trial.

OXIS saw volume over 21M yesterday and has continued to see strong volume today. The micro-cap biotech company has 14.28M market cap with 144.71M shares out.

OXIS International, Inc. (OTCMKTS:OXIS) bills itself as a company that, through its wholly owned subsidiary of Oxis Biotech, Inc., discovers, develops, and commercializes therapeutics from its proprietary product platform in various disease areas in the United States. The company is developing drugs focused on the treatment of cancer.

OXIS was formerly known as DDI Pharmaceuticals, Inc. founded in 1965 and is based in Tampa, Florida.

According to company materials, “Oxis Biotech is an immuno-oncology focused company developing innovative drugs focused on the treatment of cancer and other unmet medical needs. OXIS’ lead drug candidate, OXS-1550 (DT2219ARL) is a novel bispecific scFv recombinant fusion protein-drug conjugate composed of the variable regions of the heavy and light chains of anti-CD19 and anti-CD22 antibodies and a modified form of diphtheria toxin as its cytotoxic drug payload. OXS-1550 targets cancer cells expressing the CD19 receptor or CD22 receptor or both receptors. OXS-2175, is a small molecule therapeutic candidate targeting the treatment of triple-negative breast cancer (TNBC). In in vitro and in vivo models of TNBC, OXS-2175 demonstrated the ability to inhibit metastasis.”

Find out when $OXIS stock reaches critical levels. Subscribe to OracleDispatch.com Right Now by entering your Email in the box below.

As we can see by the charts, the company has seen a rise of 142% since the beginning of this week and this largely due to the market digesting the drug trial.

Anthony Cataldo, Executive Chairman of GT Biopharma, said the enrollment of four patients in the Phase 2 trial is an important step for the company and a milestone for the promising technology. “The product performed well in Phase 1 studies of blood cancers and we look forward to providing a targeted immunotherapy product that has the capability of treating a number of different liquid tumors,” Mr. Cataldo said.

OXIS International, Inc. (OTCMKTS:OXIS) is a company we previously liked as a buyout candidate. OXIS is pre-revenue and has bounced back off some lows from the Spring. This is a company we are following especially as more news about the drug trial surfaces. For additional coverage on shares of $OXIS stock, as well as our other hot stock picks, sign up for our free newsletter today and get our next breakout pick!

Disclosure: we hold no position in $OXIS, either long or short, and we have not been compensated for this article.