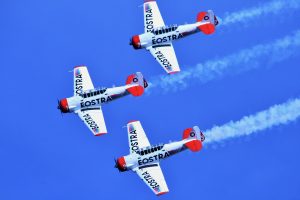 MGT Capital Investments Inc. (OTCMKTS:MGTI) continues to stage a comeback with its partial pivot into the cryptocurrency space. Furthering that narrative, MGTI just announced a corporate restructuring designed to better compete and align resources in the fast-growing Cryptocurrency and Cybersecurity fields.

According to the MGTI’s latest release, in conjunction with this reorganization, “the Company has appointed Stephen Schaeffer as President of MGT Crypto-Capital Strategies. Under Mr. Schaeffer’s oversight, the Company has been operating an institutional bitcoin mining platform for the past year.  MGT is currently in the process of deploying additional hashing power at facilities in Washington state to bring production to 18.0 PH/s. In addition to his time with MGT, he traces his knowledge and experience to the early days of bitcoin.”

According to company materials: “With facilities in WA state, MGT Capital Investments, Inc. (MGTI) ranks as one of the largest U.S. based Bitcoin miners. Further, the Company continues to focus on an expansion model to grow its crypto assets materially. The Company is also developing a portfolio of cyber security technologies, with industry pioneer John McAfee as its visionary leader, creating advanced protection technologies for mobile and personal tech devices, as well as corporate networks. The Company’s first product, Sentinel, an enterprise class network intrusion detector, is currently in beta testing, with commercial released anticipated by the end of September 2017. The Company also has entered into a joint venture with Nordic IT to develop and market a mobile phone with extensive privacy and anti-hacking features. The Privacy Phone has a tentative release date of February 2018.”

As noted above, MGTI just reorganized to better coordinate and structure operations to represent the significance of its cryptocurrency mining operations. To that end, the company just appointed Stephen Schaeffer as President of MGT Crypto-Capital Strategies.

Mr. Schaeffer stated, “It is abundantly clear from our results that, efficiently executed, Bitcoin mining is very profitable. Having established MGT as a pre-eminent miner in North America, I look forward to leading our team as we execute our expansion to the next level across the full spectrum of crypto assets.”

John McAfee, currently MGT’s Executive Chairman and CEO, has been appointed Chief Cybersecurity Visionary of MGT.  In his new role, Mr. McAfee will continue to maximize his value to the Company as an industry thought leader and spokesman. Additionally, he will oversee the design and engineering of current and future cybersecurity platforms.  Mr. McAfee stated, “I am back where I belong: Out of the weeds and focusing on the biggest issues facing the industry and the world. The true test of any leader is his ability to put the best people in the right jobs, and as a very large stakeholder in MGT, I am very confident in Steve’s abilities to make us all money.”

Traders will note 72% piled on for shareholders of the company during the trailing month. The situation may be worth watching. MGTI has a history of dramatic rallies. Furthermore, the name has seen an influx in interest of late, with the stock’s recent average trading volume running topping 230% over the long run average.

This is particularly important with the stock trading on a float that is relatively small at just 23.8M shares. It’s something the veterans know to key on: a jump in average daily transaction volume in a stock with a restricted float can unleash fireworks as supply is squeezed.

Currently trading at a market capitalization of $77.02M, MGTI has a store ($340K) of cash on the books, which compares with about $518K in total current liabilities. One should also note that debt has been growing over recent quarters. MGTI is pulling in trailing 12-month revenues of $1M. In addition, the company is seeing recent top line growth, with sequential quarterly revenues growing at 24.4%. We will update the story again soon as further details emerge. For continuing coverage on shares of $MGTI stock, as well as our other hot stock picks, sign up for our free newsletter today and get our next hot stock pick!

Disclosure: We hold no position in $MGTI, either long or short, and we have not been compensated for this article.