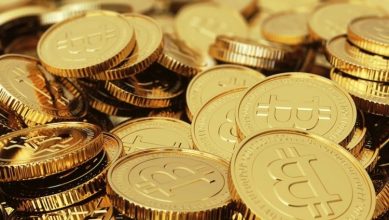 MGT Capital Investments Inc. (OTCMKTS:MGTI) is a penny player in the crypto and cybersecurity space, which makes it a real “finger on the pulse” OTC play. We recently covered MGTI, pointing out the thin float action that looked prime for further upside as the company continues to push its pivot into the bitcoin and Ethereum mining space.

The latest from MGTI is its announcement the deployment of 650 new Bitmain S9 Bitcoin mining rigs. “These units are located at a new multi MegaWatt facility in central Washington state. The Company anticipates completing the installation and reaching full production within the next two weeks. The incorporation of these new mining rigs continues MGT’s strategy to boost its competitive edge in this rapidly growing industry.”

According to MGTI: “With facilities in WA state, MGT Capital Investments, Inc. (MGTI) ranks as one of the largest U.S. based Bitcoin miners. Further, the Company continues to focus on an expansion model to grow its crypto assets materially. The Company is also developing a portfolio of cyber security technologies, with industry pioneer John McAfee as its visionary leader, creating advanced protection technologies for mobile and personal tech devices, as well as corporate networks. The Company’s first product, Sentinel, an enterprise class network intrusion detector, is currently in beta testing, with commercial released anticipated by the end of September 2017. The Company also has entered into a joint venture with Nordic IT to develop and market a mobile phone with extensive privacy and anti-hacking features. The Privacy Phone has a tentative release date of February 2018.”

As noted above, MGTI has become one of the more exciting cryptocurrency plays on the OTC, ramping significantly higher in recent action. The company is also an emerging player in the cybersecurity space, but traders are clearly more interested in the bitcoin facet of things.

Stephen Schaeffer, President of MGT Crypto-Capital Strategies stated, “With the recent highs of $4,500 per bitcoin, the business of mining is as profitable as ever. I couldn’t be more excited about the timing of my new appointment, and I truly believe we will build MGT into a mining powerhouse in the U. S.”

According to the release, MGTI recently passed a milestone of having mined 1,000 bitcoins since it began operations in September 2016. Robert Ladd, Chief Executive Officer of MGT commented, “We are committed to this sector and look forward to updating stockholders on our continuing growth.”

MGTI has been on a real tear. We’ve witnessed 93% in gains just during the past week. In addition, the name has benefitted from a jump in recent trading volume to the tune of just shy of 320% beyond what we have been seeing over the larger time frame. Traders should note this as important with the stock trading on a float that is tight at just 23.8M shares.

Currently trading at a market capitalization of $95.38M, MGTI has a store ($340K) of cash on the books, which compares with about $518K in total current liabilities. One should also note that debt has been growing over recent quarters. MGTI is pulling in trailing 12-month revenues of $1M. In addition, the company is seeing recent top line growth, with sequential quarterly revenues growing at 24.4%. This may be a very interesting story and we will look forward to updating it again soon. For continuing coverage on shares of $MGTI stock, as well as our other hot stock picks, sign up for our free newsletter today and get our next hot stock pick!

Disclosure: We hold no position in $MGTI, either long or short, and we have not been compensated for this article.