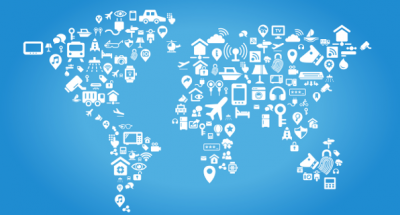 SUPREME PHARMACEUT COM NPV (OTCMKTS:SPRWF) has, like many of the Canadian cannabis plays, been on a real run over the past few weeks. In this case, the company’s emerging place in the supply chain looks to be a big reason why. To wit: the company just announced that, through its wholly-owned subsidiary, 7ACRES, it has completed its first sale of dried cannabis to Aurora Cannabis.

According to the release, Aurora Cannabis one of Canada’s leading licensed producers, will sell cannabis procured from 7ACRES to its medical cannabis patients, with a producer’s mark specifying the cannabis as “SunGrown by 7ACRES”. As we just learned several days ago that Aurora has started to use its permit to ship dried flower to Germany, we have a global supply chain in the making that now includes SPRWF. It should come as no surprise to see this stock acting well as a result.

According to company materials, “Supreme is a Canadian publicly traded company committed to becoming a leading cultivator and distributor of sun grown cannabis through its wholly-owned subsidiary 7ACRES. 7ACRES is a federally licensed producer of medical cannabis pursuant to the Access to Cannabis for Medical Purposes Regulations operating inside a 342,000 sq. ft. Hybrid Greenhouse facility. The Hybrid Greenhouse combines the best technology of indoor production with the efficiencies and sustainability of a greenhouse, in a single large-format production footprint.”

As noted above, the company recently announced that its 7ACRES segment has now started to supply AURORA CANNABIS IN COM NPV (OTCMKTS:ACBFF) with dried flower. We did a piece on ACBFF a few days ago – one of our favorites in the space – noting that it had hooked up with full legal permissions on this continent and the Germans across the pond to start intercontinental trade of the flower. That now clearly bodes well for SPRWF, who had previously put in place a deal to supply Aurora.

The deal has lit a new fire under shares of SPRWF (which trades under the ticker “FIRE” in Canada, incidentally). The move over the last few days has taken shares back above the all-important 200-day SMA.

According to the release, 7ACRES is a federally licensed producer of medical cannabis pursuant to the ACMPR operating inside a 342,000 sq. ft. Hybrid Greenhouse facility located in Kincardine, Ontario. It is the largest facility of its kind to grow with advanced HVAC and C02 enrichment using the full-spectrum sun, rather than the limited-spectrum lamps used by many ‘hybrid’ growers.

John Fowler, President and CEO, stated: “Our team works tirelessly to achieve our goal of producing craft quality cannabis at scale. We chose Aurora as our primary retail partner due to Aurora’s strong brand and commitment to quality. The 7ACRES producer’s mark aligns with the Aurora Certified Program, which provides patients a transparent curated experience. We look forward to developing a long-term relationship with Aurora and consider this just the first step.”

Traders will note 22% tacked on to share pricing for the name in the past month, but that move comes in the context of a larger bearish trend. This is emblematic of the stock. SPRWF has a history of dramatic rallies. In addition, the name has benefitted from a jump in recent trading volume to the tune of 86% above its longer run average levels.

Now commanding a market cap of $213.4M, SPRWF has a decent store ($2.07M) of cash last reported on the books, along with total assets a bit less than $380M, which stands against an appreciable load ($3.03M) of total accumulated debt. The company is pre-revenue at this point. We will update the story again soon as developments transpire. Sign-up for continuing coverage on shares of $SPRWF stock, as well as other hot stock picks, get our free newsletter today and get our next breakout pick!

Disclosure: We hold no position in $SPRWF, either long or short, and we have not been compensated for this article.