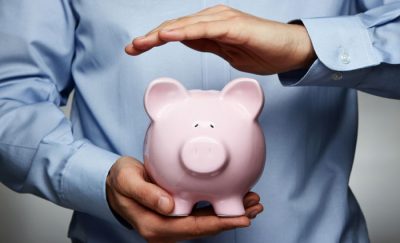 ABCANN GLOBAL CORP COM NPV (OTCMKTS:ABCCF) is a recent breakout play in the cannabis patch that you should become familiar with. The company has put out a ton of investor awareness and investor relations material, but its most recent important press release is its announcement that it has received total proceeds of $11,895,298 from the exercise of an aggregate of 19,185,965 warrants since the closing of the Company’s acquisition of ABcann Medicinals Inc. on April 28, 2017.

According to the release, “these warrants, each of which was exercised into one ABcann common share, expired on September 9, 2017. They were originally issued under private placements completed by ABcann Medicinals in 2014 and 2015. After giving effect to the exercise of the warrants, ABcann’s current cash position stands at approximately $45 million, providing the Company with the capital necessary to expand its production.”

ABCANN GLOBAL CORP COM NPV (OTCMKTS:ABCCF) trumpets itself as one of the first companies to obtain a production license under the Marijuana for Medical Purposes Regulations, which it received on March 21, 2014. It also obtained a sales licence on December 31, 2015.

As noted above, ABCCF shares have been breaking out of a lateral trading channel in recent days. Part of that may be because of industry strength. Part of it may be due to aggressive work on the investor relations side. But part of it may be the company’s recent announcement closing some new funding.

“ABcann thanks our shareholders for their continued support and confidence as we work toward expanding our facilities and increasing production. Our strong financial position, represented by our current cash position is earmarked for new construction and will facilitate the timely execution of our business plan,” said director and CEO, Aaron Keay. “The Company’s main focus in the coming months will be on the deployment of capital towards the expansion of our existing Vanluven facility and development and construction of the new Kimmett facility, as well as the pursuit of our international expansion plans.”

Recent action has seen 29% during the past month in terms of shareholder gains in the name, but that move comes in the context of a larger bearish trend. The situation may be worth watching. ABCCF has a track record that includes a number of dramatic bounces. Furthermore, the stock has benefitted from a jump in recent trading volume to the tune of just under 170% over the long run average.

Now commanding a market cap of $100M, ABCCF has a significant war chest ($26.8M) of cash on the books, which must be weighed relative to virtually no total current liabilities. ABCCF is pulling in trailing 12-month revenues of $271K. However, the company is seeing recent declines on the top-line on a sequential quarterly basis, with revenues falling at 10% as of its latest reporting period. This is an exciting story, and we look forward to a follow-up chapter as events transpire. Sign-up for continuing coverage on shares of $ABCCF stock, as well as other hot stock picks, get our free newsletter today and get our next breakout pick!