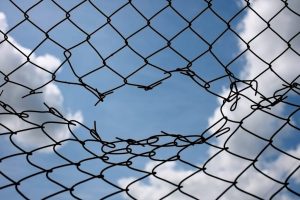 Global Arena Holding Inc (OTCMKTS:GAHC) has been madly sprinting higher over the past two days. This is a stock that has been widely involved in various investor awareness campaigns over the past year. But, as we always state, that does not preclude genuinely powerful upward developments. In this case, the stock is intimately associated with the cryptocurrency mania.

The breakout over the past two sessions appears to have been sparked by the company’s December 15 8K, in which the company noted that, “on December 8, 2017, the Company entered into an agreement of service with John Matthews to act as Chairman of the Board of Directors. Pursuant to this agreement, which continues so long as Mr. Matthews serves as Chairman, Mr. Matthews is to be paid $25,000 per year, paid in equal monthly installments. In addition, for his services as Chairman, he is entitled to receive annual and periodic awards of options to purchase shares of the Company’s common stock and/or awards of restricted common stock in such amounts and upon such terms as may be determined from time to time by the Board of Directors. The Company shall reimburse Mr. Matthews for all reasonable business expenses incurred in the performance of his duties as Chairman.”

Global Arena Holding Inc (OTCMKTS:GAHC) has managed elections across five continents, processing over 3.7 billion votes. It serves customers through an organization comprising over 600 employees across 12 offices around the world.

Furthermore, the company is building a voting program that will allow their subsidiary GES to conduct more elections increasing its revenue. GAHC is expected by some to move in tandem with bitcoin prices given that its core business involves acquiring technologies, patents, and companies with exposure to blockchain crypto technology.

GAHC operates through two subsidiaries. Global Election Services is the company’s subsidiary responsible for managing elections in various parts of the world. The unit comprises of over 600 employees. The entity has, to date, processed over 3.7 billion votes.

As we announced 8 months ago, “From what we can glean, any thesis about some emerging excitement under the surface of GAHC most likely will spring from its ties to blockchain technology through the BTC subsidiary.” That’s the story here, plain and simple.

As noted above, GAHC is an oft-promoted play ostensibly in the blockchain space. The company just put out an 8K announcing an apparently interim appointment to Chairman of the Board for a person named John Matthews. He is also placed now at the top of Global Election Services, which is the blockchain part of the story here.

The energy is such in the space that we really don’t need to have all the facts to know that any movement along this dimension is likely to spur some kind of market response. In this case, that response was represented in the form of dramatic upward movement.

We’ve witnessed better than 310% during the past month in terms of shareholder gains in the stock. This is emblematic of the stock. GAHC has a track record that includes a number of dramatic bounces. Moreover, the stock has seen a growing influx of trading interest, with the stock’s recent average trading volume running greater than 170% over what the stock has registered over the longer term.

At this time, carrying a capital value in the market of $37.8M, GAHC has a stash ($230K) of cash on the books, which is balanced by about $2.3M in total current liabilities. GAHC is pulling in trailing 12-month revenues of $473K. However, the company is seeing declines on the top-line on a quarterly y/y basis, with revenues falling at -63.2%. We will update the story again soon as further details emerge. Sign-up for continuing coverage on shares of $GAHC stock, as well as other hot stock picks, get our free newsletter today and get our next breakout pick!

Disclosure: we hold no position in $GAHC, either long or short, and we have not been compensated for this article.