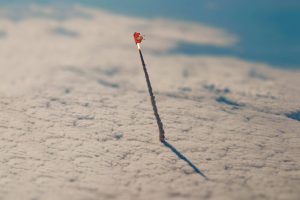 Molson Coors Beverage Company (TAP) shares are trading at higher $46.80 and the avg recommendation for the stock is Moderate Buy, while the current...
Read more
Sector News

Unity Software Inc. (U) shares are trading at higher $147.62 and the avg recommendation for the stock is Moderate Buy, while the current analyst...
Read more
Sector News

When Will Electronic Arts Inc. (EA) Slow Down

Electronic Arts Inc. (EA) shares are trading at higher $124.17 and the avg recommendation for the stock is Moderate Buy, while the current analyst...
Read more
Sector News

Energous Corporation (WATT) shares are trading at lower $2.03 and the avg recommendation for the stock is Strong Buy. To add more color to...
Read more

BITCOIN Svcs In/SH SH (OTCMKTS:BTSC) continues to be a fount of volatility in recent weeks. The Bitcoin bubble may have shown signs of popping as we move in to close out the year, or it may not have. When Bitcoin moved to $3K/coin earlier this year, we said definitively that we did not buy into the bubble idea – ie, we didn’t think it was about to crash, but that it could run quite a bit further. Our reasoning was all about market saturation.

Bubbles are things that are about to crash. That’s what a bubble is. If it isn’t just about to crash, then it isn’t a bubble. To get to that just-about-to-crash stage, you need to effectively reach a state of exhaustion of potential buyers. Our sense back then was simply that no one really owned bitcoin. The price move was dramatic, but most folks could walk next door and ask the neighbors, “do you own any Bitcoin?”, and the answer would be no. It still seems a bit like that, but now at least, we have a truly pervasive cultural phenomenon, which suggests things are a bit more precarious for the biggest cryptocurrency market on the planet.

BITCOIN Svcs In/SH SH (OTCMKTS:BTSC) bills itself as a company engaged in the mining of Bitcoin as well as Blockchain software development. Bitcoin mining is the process by which transactions are verified and added to the public ledger, known as the blockchain, and also the means through which new Bitcoins are released.

As discussed above, we have seen some weakening in Bitcoin, which has impacted shares of BTSC. The stock has acted as a proxy for the cryptocurrency over much of the past 6 months, with both markets rising dramatically and demonstrating a constant dose of extreme volatility.

The pain taken in this market over the past week comes in response to the launch of Bitcoin futures on the CME. The CME is by far the more established futures exchange between it and the CBOE, so this latest futures contract is likely more impactful than the one we saw from CBOE a week earlier. We believe this development could be both bearish for Bitcoin and bullish for the alt-coin group as it offers hedge funds the chance to get involved in the space with a hedge in place. That means shorting BTC and buying alt-coins. So far, the action is serving to support this hypothesis.

We’ve witnessed 14% piled on for shareholders of the name during the trailing month. This is emblematic of the stock. BTSC has a history of dramatic rallies. What’s more, the stock has witnessed a pop in interest, as transaction volume levels have recently pushed topping 250% above the average volume levels in play in this stock over the longer term.

Now commanding a market cap of $176M, BTSC has a bankroll ($345K) of cash on the books, which is balanced by virtually no total current liabilities. BTSC is pulling in trailing 12-month revenues of $346K. In addition, the company is seeing major top-line growth, with y/y quarterly revenues growing at 305%. You can bet we will update this one again as new information comes into view. Sign-up for continuing coverage on shares of $BTSC stock, as well as other hot stock picks, get our free newsletter today and get our next breakout pick!

Disclosure: we hold no position in $BTSC, either long or short, and we have not been compensated for this article.