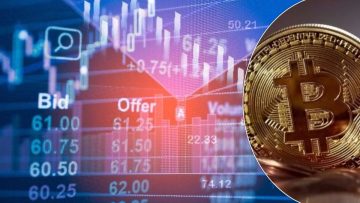 MGT Capital Investments Inc. (OTCMKTS:MGTI) has been all over the map in recent sessions, with shares blasting out of consolidation trading range levels in a huge breakout, racking up 100%+ gains in a matter of days, only to slip back to erase much of those gains over the following couple days. It has been a true roller coaster for shareholders, but all in the spirit of expansion, according to company communications.

Specifically, management just put out word in a shareholder update that a series of approvals were put before shareholders and were passed at a shareholder meeting, which included a reelection of all board members. In addition, the company also noted that it has secured the resources to power a large number of mining rigs at its Swedish facility. The stock has overall been on fire along with Bitcoin during the recent mania months. But this is a knife that can cut both ways, which should bear upon investor choices.

MGT Capital Investments Inc. (OTCMKTS:MGTI) is in the process of acquiring a diverse portfolio of cybersecurity technologies and ramping up its Bitcoin mining operations in the state of Washington.

According to MGTI: “With facilities in WA state, MGT Capital Investments, Inc. (MGTI) ranks as one of the largest U.S. based Bitcoin miners. Further, the Company continues to focus on an expansion model to grow its crypto assets materially. The Company is also developing a portfolio of cybersecurity technologies, with industry pioneer John McAfee as its visionary leader, creating advanced protection technologies for mobile and personal tech devices, as well as corporate networks. The Company’s first product, Sentinel, an enterprise class network intrusion detector, is currently in beta testing, with commercial released anticipated by the end of September 2017. The Company also has entered into a joint venture with Nordic IT to develop and market a mobile phone with extensive privacy and anti-hacking features. The Privacy Phone has a tentative release date of February 2018.”

Board Chairman H. Robert Holmes commented, “We very much appreciate the support of our stockholders, large and small, as we execute on our growth plans. The Company has never been stronger operationally or financially, and we should all look forward to a prosperous 2018.”

The Company also provided an update on its various business initiatives. With respect to Bitcoin mining activities, Stephen Schaeffer, President of MGT’s Crypto Capital Strategies division stated, “We are ecstatic to report that we have entered into agreements to secure reliable and adequate electric power in Sweden, and expect to begin deployment of mining rigs there by the end of next month. Moreover, the initial phase of this relationship will give the Company 25 MW of power, enough for over 15,000 Bitmain S-9 mining rigs.”

Recent action has seen a bit less than 120% piled on for shareholders of the stock during the trailing month. This is emblematic of the stock. MGTI has evidenced sudden upward volatility on many prior occasions. In addition, the stock has benefitted from a jump in recent trading volume to the tune of nearly 390% over what the stock has registered over the longer term.

Earning a current market cap value of $238.8M, MGTI has about $43k in cash on the books, which compares with a mountain of nearly $1.8M in total current liabilities. MGTI is pulling in trailing 12-month revenues of $1.5M. In addition, the company is seeing major top-line growth, with y/y quarterly revenues growing at 871.7%. You can bet we will update this one again as new information comes into view. Sign-up for continuing coverage on shares of $MGTI stock, as well as other hot stock picks, get our free newsletter today and get our next breakout pick!