Delcath Systems, Inc. (OTCMKTS:DCTH) Gets a Reprieve from the Pressure Cooker 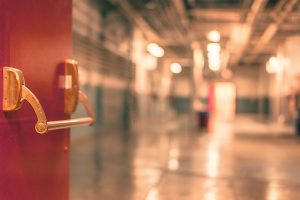 Affimed N.V. (AFMD) shares are trading at higher $5.11 and the avg recommendation for the stock is Strong Buy, while the current analyst price...
Read more
Investing

Corporate Office Properties Trust (OFC) shares are trading at higher $27.27 and the avg recommendation for the stock is Moderate Buy, while the current...
Read more
Investing

Lamb Weston Holdings Inc. (LW) shares are trading at higher $70.07 and the avg recommendation for the stock is Moderate Buy, while the current...
Read more
Investing

CTI BioPharma Corp. (CTIC) shares are trading at higher $3.80 and the avg recommendation for the stock is Moderate Buy, while the current analyst...
Read more

Delcath Systems, Inc. (OTCMKTS:DCTH) has been locked in a classic death spiral as convertible debt, falling share pricing, and a culture of dilution at the company have conspired to erode market confidence such that the secondary share market has been unable to serve as a funding source, which is the lifeblood of a publicly traded company. However, shares leaped higher to close out 2017, blasting over 70% on the final trading day of the year. This was likely at least in part covering by shorts – as they have certainly been active in this stock since the company announced that it was overriding shareholder interests and diluting further in November.

However, another factor here was likely the company’s recent announcement that it worked out of a major convertible debt agreement on December 28, 2017. It was a complicated deal, but it apparently boils down to an exit from some of its convertible debt load. The move is further dilution, but it’s also the actualization of something that everyone knew was coming eventually. Prospective longs weren’t going to buy and shorts weren’t going to cover until we actually got this announcement.

DCTH focuses on the treatment of primary and metastatic liver cancers. The company is developing melphalan hydrochloride for Injection for use with the Delcath hepatic delivery system to administer high-dose chemotherapy to the liver. It offers melphalan hydrochloride under the Delcath Hepatic CHEMOSAT Delivery System for Melphalan name in Europe.

The company was founded in 1988 and is headquartered in New York, New York.

According to company materials, “Delcath Systems, Inc. is an interventional oncology Company focused on the treatment of primary and metastatic liver cancers. Our investigational product – Melphalan Hydrochloride for Injection for use with the Delcath Hepatic Delivery System (Melphalan/HDS) – is designed to administer high-dose chemotherapy to the liver while controlling systemic exposure and associated side effects. We have commenced a global Phase 3 FOCUS clinical trial for Patients with Hepatic Dominant Ocular Melanoma (OM), and plans to initiate a Registration trial for intrahepatic cholangiocarcinoma (ICC) by the end of 2017 contingent on effecting the reverse stock split as outlined in the Company’s consent proposal. Melphalan/HDS has not been approved by the U.S. Food & Drug Administration (FDA) for sale in the U.S.  In Europe, our system has been commercially available since 2012 under the trade name Delcath Hepatic CHEMOSAT® Delivery System for Melphalan (CHEMOSAT), where it has been used at major medical centers to treat a wide range of cancers of the liver.”

Find out when $DCTH stock reaches critical levels. Subscribe to OracleDispatch.com Right Now by entering your Email in the box below.

According to the release, the company “extinguished our remaining $3,027,408 in outstanding obligations under the Notes in full, (ii) obtained a release of restrictions on $2,046,897.66 in restricted cash held in our control accounts, (iii) issued to the investors shares (the “Shares”) of our common stock (or rights (“Rights”) to receive common stock to the extent such issuance of Shares would otherwise result in the beneficial ownership by any such investor of more than 4.9% or 9.9% of our issued and outstanding stock), as applicable, of an aggregate of 123,708,735 shares of our common stock (in each case, subject to trading restrictions set forth in leak out agreements the Company separately entered into with each investor (collectively, the “Leak-Out Agreements”)) and (iv) a cash payment to the investors of $829,830.54 from the restricted cash held in our control accounts.  The number of shares of the Company’s issued and outstanding common stock immediately following issuance of the initial Shares to the investors is 114,054,852.”

At this time, carrying a capital value in the market of $0.2M, DCTH has a significant war chest ($10.9M) of cash on the books, which stands against about $10.2M in total current liabilities. DCTH is pulling in trailing 12-month revenues of $2.7M. In addition, the company is seeing major top-line growth, with y/y quarterly revenues growing at 57.2%.

You can bet we will update this one again as new information comes into view. Sign-up for continuing coverage on shares of $DCTH stock, as well as other hot stock picks, get our free newsletter today and get our next breakout pick!

Disclosure: we hold no position in $DCTH, either long or short, and we have not been compensated for this article.