Hemp Inc (OTCMKTS:HEMP) Argues Its Immunity in the Fight Against Pot 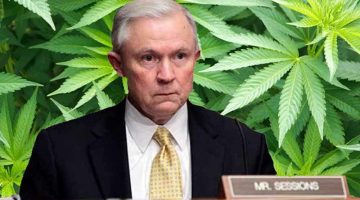 Hemp Inc (OTCMKTS:HEMP) has been beaten up in recent days following a sharp run higher to close out 2017. The move lines up with the pullback in the general cannabis space following the announcement by US Attorney General Jeff Sessions that the Cole Memo was set to be rescinded, making it ostensibly more difficult for states to legalize marijuana independent of the Federal Government. However, as we have noted repeatedly, this is not a marijuana stock, a fact about which the company is suddenly quite vociferous.

In addition, HEMP just announced that “Sessions’ stance on cannabis does NOT include industrial hemp and it definitely does NOT include kenaf, says Bruce Perlowin, CEO of Hemp, Inc. With 18,000,000 pounds of kenaf in inventory and another, approximate, 2,000,000 pounds of kenaf to be harvested early this year, Hemp, Inc. executives are not the least bit worried about their supply chain or if there will be any marijuana pushback by the federal government.”

“Eventually, the company will produce fiber materials for the paper and fabric industries, and other industries that utilize materials from hemp to make products such as plastics, building materials, health and beauty related products and more.” In other words, the concept of “diversified applications for hemp as an industrial material” is the paramount idea.

As noted above, shares of the stock have been all over the place in recent days, ripping higher and then whipping back lower, and perhaps now trying to bounce back again. It’s difficult to pin down the precise causality behind the action, as is often the case with this stock. But the concept of a kibosh on this company’s operations based on uncertainty about US legislative direction with regard to marijuana is likely unfounded.

This company has justifiably reminded investors that industrial hemp is not pot. And it seems far-fetched to suggest that Hemp’s progress on the legislative side will be derailed by a more assertive US Federal government marijuana agenda.

Currently trading at a market capitalization of $25.1M, HEMP has about $258K in cash on the books, which stands against roughly $6.2 million in liabilities. The company has pulled in $55k in TTM revenues. We will update the story again soon as further details emerge. Sign-up for continuing coverage on shares of $HEMP stock, as well as other hot stock picks, get our free newsletter today and get our next breakout pick!