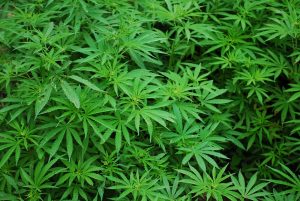 APHRIA INC COM NPV (OTCMKTS:APHQF) is all over the wire again today after a serious move which touched the $20 dollar mark early in the day. APHQF has acquired an Ontario company that will net them another 120,000 kgs of cannabis per year. Traders have already reacted strongly to this move sending the stock from $15.50 to now above $17. APHQF should see continued growth on this move throughout this week, so investors should be watching carefully. Just think, a year ago, this stock was near the $4 mark.

“Since the Aphria journey began in early 2014, a key pillar to the Aphria success story has been our unwavering commitment to “powered by the sun”, and nowhere is that more effective than in Leamington, Ontario , where average daily sunlight hours, intensity of optimum lighting and moderate climate provides for ideal greenhouse growing,” said Vic Neufeld , Chief Executive Officer.  “Building on our Leamington advantages, I am very excited to announce that Aphria has entered into another acquisition of Dutch greenhouse campus in the Leamington area. Partnering with Double Diamond, a major local greenhouse grower, Aphria will have access to almost 32.0 acres (just less than 1,400,000 square feet of greenhouse) plus 72,000 of infrastructure to service not only the almost 32 acres, but a future build of another 32 acres. Double Diamond is an industry-recognized leader in growing various produce using the greenhouse technology advancements, and brings solid talent and a labour pool necessary to support the annual incremental capacity of over 120,000 kgs.”

Verbatim from the press release, Double Diamond, a 49% partner in GrowCo, will supply the land, new state of the art, Dutch style greenhouses, existing infrastructure and employees for the venture.  Aphria, holding a controlling 51% interest in GrowCo, will supply its Standard Operating Procedures, quality oversight and will apply for a second Health Canada cultivation license for the site.  The 100-acre site is located on Highway 77 in Leamington, Ontario , has never had another crop planted inside of it and abuts Aphria’s existing second campus, comprised of another 100-acre site.

Furthermore, GrowCo is expected to require funding, including acquiring the property based on appraised value, plus the cost of retrofits, power co-generation facilities and other cannabis specific investments. GrowCo will initially be funded by a $10 million investment by each of APHQF and Double Diamond.

Earning a current market cap value of $2.54B, APHQF is big name in the cannabis space and institutional investors are already aware of the year that the company put under their belt. This stock is trending upward with more legalization up ahead. Sign-up for continuing coverage on shares of $APHQF stock, as well as other hot stock picks, get our free newsletter today and get our next breakout pick!