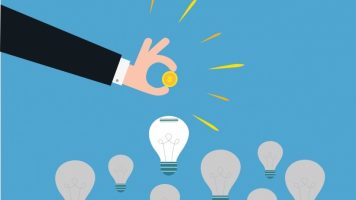 Apartment Investment and Management Company (NYSE:AIV) on the Path to Profitability

Apartment Investment and Management Company (AIV) shares are trading at higher $31.70 and the avg recommendation for the stock is Moderate Buy, while the...
Read more
Wall Street Daily

Can We Expect More Volatility From Cree Inc. (CREE)?

Cree Inc. (CREE) shares are trading at higher $89.75 and the avg recommendation for the stock is Moderate Buy, while the current analyst price...
Read more
Wall Street Daily

Companhia Siderurgica Nacional (SID) shares are trading at higher $4.20 and the avg recommendation for the stock is Hold, while the current analyst price...
Read more
Wall Street Daily

Air Lease Corporation (AL) shares are trading at higher $39.81 and the avg recommendation for the stock is Strong Buy, while the current analyst...
Read more

Aurora Cannabis Inc (OTCMKTS:ACBFF) bounced back on Friday after suffering a minor setback related to declines in the broader cannabis space after US Attorney General Jeff Sessions announced a rescinding of the Cole Memo, as we previously discussed. Our sense was, rather obviously, that the top-tier Canadian plays wouldn’t suffer much from this announcement – there’s still growth to be had in the space, and the worst-case scenario simply reduces the number of viable investment vehicles, with a premium granted to those outside the scope of US legislative domain, providing smart money with even more incentive to place equity exposure with the likes of Aurora.

As if to specifically reinforce this idea, the company announced the very next day that it has entered into an agreement with a syndicate of underwriters, led by Canaccord Genuity Corp., pursuant to which Canaccord Genuity has agreed to purchase, on a bought deal basis, 200,000 convertible debentures, at a price of $1,000 per Initial Convertible Debenture, for gross proceeds of $200 million. The money keeps flowing in.

In addition, the Company holds approximately 9.6% of the issued shares (12.9% on a fully-diluted basis) in leading extraction technology company Radient Technologies Inc., based in Edmonton, and is in the process of completing an investment in Edmonton-based Hempco Food and Fiber for an ownership stake of up to 50.1%. Furthermore, Aurora is the cornerstone investor with a 19.9% stake in Cann Group Limited, the first Australian company licensed to conduct research on and cultivate medical cannabis. Aurora also owns Pedanios, a leading wholesale importer, exporter, and distributor of medical cannabis in the European Union (“EU”), based in Germany.”

As noted above, Aurora continues to be a darling for the cannabis investment community, as exemplified by Friday’s new Bought Deal financing, roping another $200M into the fold of company coffers.

“This is the largest bought deal financing to date in the Canadian cannabis sector, and represents a tremendous vote of confidence in Aurora’s business strategy, consistent execution and accretive deployment of resources,” said Terry Booth, CEO. “Our unparalleled balance sheet, capital markets strength, and consistently decreasing cost of capital position us ideally to execute on multiple attractive opportunities in Canada and around the world.”

For those concerned that a convertible deal could be dilutive, the terms of this deal specify that the notes “will be convertible, at the option of the holder, into common shares of the Company at any time prior to the close of business on the last business day immediately preceding the Maturity Date at a conversion price of $13.05 per Common Share.” In our book, when the conversion price is specified at 30% above the current trading price, it’s not dilutive.

Now commanding a market cap of $3942.4M, ACBFF has a significant war chest ($127.9M) of cash on the books, which must be weighed relative to virtually no total current liabilities. ACBFF is pulling in trailing 12-month revenues of $23.2M. In addition, the company is seeing major top-line growth, with y/y quarterly revenues growing at 168.6%. As more color becomes clear on the name, we will review the situation and update our take. Sign-up for continuing coverage on shares of $ACBFF stock, as well as other hot stock picks, get our free newsletter today and get our next breakout pick!