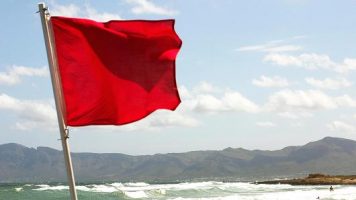 GB Sciences Inc (OTCMKTS:GBLX) has been on the move in a big way over recent weeks, blasting off to start December on a major breakout that has led to as much as 500% in gains for shareholders over the past six weeks of action. But, frankly, we are somewhat perplexed by the company’s most recent release, which was put out as a straightforward company press release, and yet reads like investor relations material from a third-party firm. This is something like watching a scene from a movie that breaks the fourth wall.

When George Lazenby took over as James Bond in “On Her Majesty’s Secret Service”, there was a cringe-worthy moment when 007 looks at the camera and says, “This never happened to the other guy!” The latest press release for GBLX is something of a similar feel cast in the framework of company communications for small-cap cannabis plays. The release is headlined, “GB Sciences Is Maximizing the Production of Critical Medical Components from Specific Cannabis Strains”, and is simply an advertisement for the company, with the source attribution as “GB Sciences Inc.” at the end. While we have been cheerleaders on this rally, this is a bit of a red flag.

GB Sciences Inc (OTCMKTS:GBLX) is a Las Vegas-based firm that frames itself as a company that focuses on the research and development of medical cannabis drugs and treatments.

According to company materials, “GB Sciences, Inc. (GBLX) is a diverse cannabis company, focused on cultivation as well as biopharmaceutical research and development. The Company’s goal is creating safe, standardized, pharmaceutical-grade, cannabinoid therapies that target a variety of medical conditions.”

Find out when $GBLX stock reaches critical levels. Subscribe to OracleDispatch.com Right Now by entering your Email in the box below.

As noted above, we see the latest PR from GBLX as a bit of a red flag given that it shapes up as, quite simply, an unabashed advertisement to investors rather than an announcement of anything substantial. We prefer to see businesses act like businesses: involved in producing profits through sales of a product or service. Investors will always go for results over boasts. Boasts directly by a company reflect insecurity and an attempt to “trick” people into buying the stock. It’s weak and unimpressive.

The actual content of the piece is pointless to read because the reader has been notified from the outset that it is just as far removed from “information” as any other advertisement. What’s more, if the product was set for massive breakthrough growth, wouldn’t the insiders want to keep it a secret so they could continue to accumulate as much as possible as cheaply as possible? This type of piece suggests they want someone to sell it to now, which is not a good message to send to the market.

That said, we think the story has continued potential to shine if the company returns to the business of producing growth and scaling its operations, and lets results do the talking in the future.

In terms of share performance, recent action has seen just shy of 130% piled on for shareholders of the stock during the trailing month. Market participants may want to pay attention to this stock. GBLX has a history of dramatic rallies. What’s more, the company has benefitted from a jump in recent trading volume to the tune of just under 410% beyond its prior sustained average level.

This is particularly important given the stock’s extremely small trading float of 6.6M shares. Traders should not overlook this combination, as with such a tight trading float, this kind of ramping interest can force a supply-shock squeeze.

Currently trading at a market capitalization of $168M, GBLX has a chunk ($971K) of cash on the books, which must be weighed relative to about $531K in total current liabilities. GBLX is pulling in trailing 12-month revenues of $191K. In addition, the company is seeing recent top-line growth, with sequential quarterly revenues growing at 152.6%. We will update the story again soon as further details emerge. Sign-up for continuing coverage on shares of $GBLX stock, as well as other hot stock picks, get our free newsletter today and get our next breakout pick!

Disclosure: we hold no position in $GBLX, either long or short, and we have not been compensated for this article.