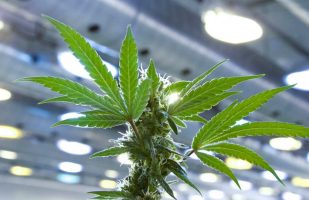 Aphria Inc (OTCMKTS:APHQF) has been truly a lights-out superstar of the cannabis investment theme over the past year, racking up massive gains on strong growth and a series of adept corporate moves. Shares of APHQF continue to rampage higher, even powering to nearly $20/share on Tuesday with average trading volume marching ever higher amid the advance – which lends further force to the trend.

The latest from the company comes in the form of its announcement that it has entered a strategic relationship with Double Diamond Farms, a local greenhouse grower, to provide an additional 120,000 kgs of annual cannabis production.  According to the release, “the deal accelerates Aphria’s capacity increase by over a year versus building out its existing 100-acre site. Combined with Aphria’s existing expected cannabis production of 100,000 kgs, Aphria will have, what it believes to be, the largest fully funded production capabilities in the industry in 2019. Aphria anticipates that all 220,000 kgs of expected annual cannabis production will be available for sale in January 2019, pending Health Canada approvals.”

As noted above, this stock has been one of the elite players with an inner-radical position in the culture of the Canadian cannabis theme over recent months. The company’s latest announcement of its deal with Double Diamond continues to press the company’s advantage as it works to expand capacity and leverage its position as a primary production play in 2018.

“Since the Aphria journey began in early 2014, a key pillar to the Aphria success story has been our unwavering commitment to “powered by the sun”, and nowhere is that more effective than in Leamington, Ontario, where average daily sunlight hours, intensity of optimum lighting and moderate climate provides for ideal greenhouse growing,” said Vic Neufeld, Chief Executive Officer.  “Building on our Leamington advantages, I am very excited to announce that Aphria has entered into another acquisition of Dutch greenhouse campus in the Leamington area. Partnering with Double Diamond, a major local greenhouse grower, Aphria will have access to almost 32.0 acres (just less than 1,400,000 square feet of greenhouse) plus 72,000 of infrastructure to service not only the almost 32 acres, but a future build of another 32 acres.  Double Diamond is an industry-recognized leader in growing various produce using the greenhouse technology advancements, and brings solid talent and a labour pool necessary to support the annual incremental capacity of over 120,000 kgs.”

Traders will note 76% added to share values of the company over the past month of action. Market participants may want to pay attention to this stock. APHQF is a stock with a past that has featured a litany of sudden rips to the upside. Furthermore, the stock has seen interest climb, with an increase in recent trading volume of nearly 300% above the average volume levels in play in this stock over the longer term.

Now commanding a market cap of $2562.8M, APHQF has a significant war chest ($38.2M) of cash on the books, which compares with about $1.6M in total current liabilities. APHQF is pulling in trailing 12-month revenues of $22.2M. In addition, the company is seeing major top-line growth, with y/y quarterly revenues growing at 39.9%. You can bet we will update this one again as new information comes into view. Sign-up for continuing coverage on shares of $APHQF stock, as well as other hot stock picks, get our free newsletter today and get our next breakout pick!