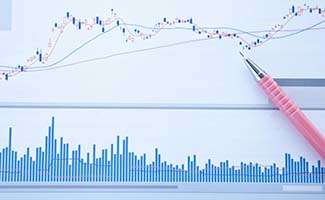 James Hudson
Lithium Americas Corp (OTCMKTS: LACDF) has been a huge winner over the past 7 months, rising as much as 230% in that time on a massive rise in average trading volume. Pullback buyers may want to take a peek at this one in recent action as the stock just broke range supports last week, busting under the key $8/share level to test support around $7.50/share. That level has thus far shown to be a robust source of new money with the stock bouncing back sharply in Friday’s action. This is a lithium-ion battery/electric vehicle play that could have some legs as the theme picks up more buzz in 2018.

As far as its latest catalyst, the company just announced that it has filed a preliminary short form base shelf prospectus in each province of Canada, other than the Province of Quebec, to qualify the distribution, from time to time over a 25-month period, of up to US$500 million of the Company’s debt and equity securities. The Company also filed a corresponding shelf registration statement with the U.S. Securities and Exchange Commission on Form F-10 under the Multijurisdictional Disclosure System.

Lithium Americas Corp (OTCMKTS: LACDF) frames itself as a company that is developing the Cauchari-Olaroz lithium project, located in Jujuy province, Argentina, and the Lithium Nevada project (formerly Kings Valley project) in Nevada, U.S.A, with the intent to become a major supplier of lithium products.

In addition, Lithium Americas is a supplier of specialty drilling additives, Hectatone and other organoclay products for the oil and gas and other industries.

LACDF is a resource player that engages in the acquisition, exploration, and development of mineral properties in Nevada. The company explores for lithium deposits. As noted above, the company primarily holds interests in the Cauchari-Olaroz Project located in Jujuy province of Argentina; and the Lithium Nevada Project covering approximately 15,233 hectares of area located in northwestern Nevada.

Find out when $LACDF stock reaches critical levels. Subscribe to OracleDispatch.com Right Now by entering your Email in the box below.

As noted above, the stock has been a major player in the Lithium-ion battery space over the past 6-7 months, but has recently started to pull back and test some key support levels. The question now is this: will the company’s latest announcement of some dilutive shelf fundraising put further pressure on shares? Or will we see the market start to price in the growth that could come from strong application of those funds?

Tom Hodgson, CEO of Lithium Americas, commented, “While we have no immediate plans to raise capital, the shelf prospectus represents a prudent step to add financial flexibility and efficiently access capital markets as the Company pursues future growth opportunities in Argentina, Nevada and elsewhere.”

According to the release, “the Canadian shelf prospectus has been filed with the securities commission or similar regulatory authority in each province of Canada other than Quebec, but remains subject to completion or amendment. The shelf registration statement on Form F-10 relating to the Company’s debt and equity securities has been filed with the SEC but has not yet become effective. These securities may not be sold nor may offers to buy be accepted until a receipt for the final short form base shelf prospectus has been issued by the Canadian securities regulators and the registration statement has become effective.”

According to the technical tea leaves, volume exploded higher on the announcement and subsequent break of support, suggesting that this is lined up well as a shakeout and possible buying opportunity. However, as with all such micro-cap names, caution is the better part of value when you are dealing with a break in momentum following a huge run.

Now commanding a market cap of $684.3M, LACDF has a significant war chest ($92.6M) of cash on the books, which is balanced by about $219K in total current liabilities. LACDF is pulling in trailing 12-month revenues of $5.8M. In addition, the company is seeing major top-line growth, with y/y quarterly revenues growing at 512.9%. This is an exciting story, and we look forward to a follow-up chapter as events transpire. Sign-up for continuing coverage on shares of $LACDF stock, as well as other hot stock picks, get our free newsletter today and get our next breakout pick!

Disclosure: we hold no position in $LACDF, either long or short, and we have not been compensated for this article.