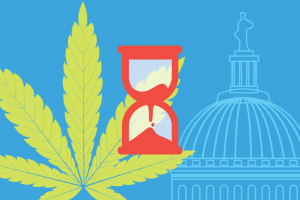 Canopy Growth Corp (OTCMKTS:TWMJF) has been perhaps the strongest overall play in the Canadian cannabis patch over the past 6 months, driven by its mainstream, Wall Street investment stake by a Fortune 500 company (Constellation Brands). The momentum in this stock continues to persist, powered along by 106% y/y revenue growth and a balance sheet defined by an 80:1 cash to debt ratio. Those numbers will take a stock a long way. That said, you’re only as good as your last cut.

But one reason we have stuck by this one even at nose-bleed levels is the company’s capacity for consistent expansion and diversification. As a case in point, the company just announced that it has entered a supply Memorandum of Understanding to guarantee a regulated supply of high-quality cannabis into Prince Edward Island’s retail and online stores. According to the release, Canopy will allocate a “minimum supply of 1,000 kg of high-quality cannabis for the first year of the agreement to ensure that the Province has access to a wide variety of cannabis products. The two-year supply agreement will renew for a third-year upon mutual agreement of the Company and Province.”

Canopy Growth Corp (OTCMKTS:TWMJF) is one of the bigger growers in the industry. The company produces and sells medical marijuana in Canada. It offers dry cannabis and oil products primarily under the Tweed and Bedrocan brands. It also sells its products through online.

As discussed above, shares of TWMJF have been resilient in a high-momentum trend that has led the cannabis space higher over recent months. And the company continues to ink deals that demonstrate a willingness and ability to find new avenues for growth. That has sustained the name in boosting sales at a remarkable pace. Its latest deal with PEI is yet another example of this trend.

“The Province of PEI and its management team have made impressive progress in their preparations for the legalization of cannabis. Along with Organigram and our existing PEI-based CraftGrow partner, Canada’s Island Garden, we are proud to be among the first suppliers in the province,” said Mark Zekulin, President, Canopy Growth. “We’re looking forward to bringing popular brands like Tweed, Leafs By Snoop, DNA Genetics, and a  number of the best independent craft cannabis producers across Canada to the people of Prince Edward Island through this agreement.”

Earning a current market cap value of $3175M, TWMJF has a significant war chest ($108.9M) of cash on the books, which must be weighed relative to about $1.6M in total current liabilities. TWMJF is pulling in trailing 12-month revenues of $57.9M. In addition, the company is seeing major top-line growth, with y/y quarterly revenues growing at 106.7%. You can bet we will update this one again as new information comes into view. Sign-up for continuing coverage on shares of $TWMJF stock, as well as other hot stock picks, get our free newsletter today and get our next breakout pick!

Disclosure: we hold no position in $TWMJF, either long or short, and we have not been compensated for this article.