ABcann Global Corp (OTCMKTS:ABCCF) is Yet Another Breakout on Cannabis Globalization 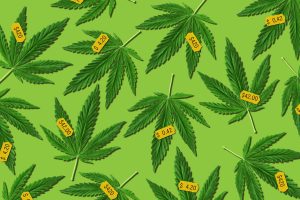 Healthcare Trust of America Inc. (HTA) shares are trading at lower $26.03 and the avg recommendation for the stock is Moderate Buy, while the...
Read more
Investing

Fortinet Inc. (FTNT) shares are trading at lower $123.23 and the avg recommendation for the stock is Moderate Buy, while the current analyst price...
Read more
Investing

SS&C Technologies Holdings Inc. (SSNC) shares are trading at lower $68.89 and the avg recommendation for the stock is Moderate Buy, while the current...
Read more
Investing

Intra-Cellular Therapies Inc. (ITCI) shares are trading at lower $23.64 and the avg recommendation for the stock is Strong Buy. To add more color...
Read more

ABcann Global Corp (OTCMKTS:ABCCF) is back in breakout mode once again. The stock has been on a torrid run since early November, powering as much as 225% in that time. One theme that has been a big part of the recent chapter of the story for the cannabis space as a whole is international expansion. Cannabis is becoming a global big business, and only those companies able to harness the implications of that transition will come out on top with investors. That’s why ABcann’s latest news had such an effect.

Specifically, the company just announced that its wholly-owned subsidiary, ABcann Australia Pty Ltd, has received an import license from the Federal Office of Drug Control in Australia. According to the release, “ABcann continues to work with government and its industry partners in Australia to develop exclusive programs targeting physician networks. Following receipt of any necessary approvals, including the approval of the TSX Venture Exchange, ABcann intends to supply medicinal cannabis to the Australian market via the Australian Department of Health’s TGA (Therapeutic Goods Administration) Special Access Scheme.”

ABcann Global Corp (OTCMKTS:ABCCF) trumpets itself as one of the first companies to obtain a production license under the Marijuana for Medical Purposes Regulations, which it received on March 21, 2014. It also obtained a sales license on December 31, 2015.

“This import license is a key milestone towards generating revenue through ABcann’s network of physicians, pharmacists and patients, and advancing the use of medical cannabis,” commented Barry Fishman, Chief Executive Officer of ABcann. “We view Australia as an important emerging market for medical cannabis and I look forward to meeting with our strategic partners and stakeholders in Australia later this month to further discuss opportunities there.”

“Attainment of this license is one of several important steps we have taken over the last six months to cement key relationships with strategic partners in industry and government. ABcann Australia is committed to providing Australian patients with high-quality medicinal cannabis products,” said Henry Pinskier, MD, Chairman of ABcann Australia.

Currently trading at a market capitalization of $367.2M, ABCCF has a significant war chest ($43.4M) of cash on the books, which stands against virtually no total current liabilities. ABCCF is pulling in trailing 12-month revenues of $453K. However, the company is seeing recent declines on the top-line on a sequential quarterly basis, with revenues falling at -32.8% as of its latest reporting period. We will update the story again soon as further details emerge. Sign-up for continuing coverage on shares of $ABCCF stock, as well as other hot stock picks, get our free newsletter today and get our next breakout pick!