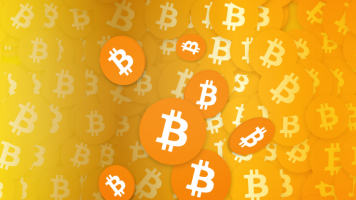 MGT Capital Investments Inc. (OTCMKTS:MGTI) has been sliding in recent action, with shares giving up a bit more than 50% of their value since the bloom came off the Bitcoin rose. We took the position that the space was set to move toward the altcoin space once the BTC futures contract starting trading on the CME. Bitcoin has become the hedge for investments in new ICOs and underappreciated altcoins, leaving the prominent Bitcoin miners in a slide. However, be that as it may, MGTI is doubling down on its story by becoming a pure-play Bitcoin miner.

MGT Capital Investments Inc. (OTCMKTS:MGTI) is in the process of acquiring a diverse portfolio of cybersecurity technologies and ramping up its Bitcoin mining operations in the state of Washington.

As noted above, this move will position MGT as a pure play cryptocurrency mining operation, led by Stephen Schaeffer, President of MGT Cryptocurrency Strategies.

The company’s release reports that it currently owns or operates approximately 5,000 Bitmain Antminer S9 Bitcoin mining rigs and 50 GPU-based Ethereum miners, “capable of generating over 65 Ph/s of computing power when fully deployed by the end of February. Moreover, MGT is in negotiations that would triple its mining power over the next several months.” The communication also goes on to state that, from a strictly financial standpoint, MGTI’s balance sheet “has never been stronger”, with 2017 year-end cash levels apparently boosted up to $9.5 million standing against nominal current liabilities.

Mr. McAfee summarized today’s actions by stating, “I would like to thank Steve, Rob Ladd and the entire board for giving me the opportunity to return to corporate life, but I am very happy with my decision. I am looking forward to toiling in obscurity as the world’s foremost authority of all things cyber and crypto!  In all candor, the past two years have been action-packed and productive, and I want to thank all shareholders for their support. I leave MGT in much stronger condition than when I arrived and remain a major stakeholder.”

Recent action has seen about -20% stripped out of share pricing for the company in the past week, a slide that has taken root off a peak in December of about $8/share amid the frenzy of the Bitcoin bubble bid that came to an end with the advent of the BTC futures contract on the CME. That said, market participants may want to pay attention to this stock. MGTI has a history of dramatic rallies. Moreover, the stock has registered increased average transaction volume recently, with the past month seeing 11% above the average volume levels in play in this stock over the longer term.

Now commanding a market cap of $191.2M, MGTI has virtually no cash on the books, which must be weighed relative to virtually no total current liabilities. MGTI is pulling in trailing 12-month revenues of $1.5M. In addition, the company is seeing major top-line growth, with y/y quarterly revenues growing at 871.7%. As more color becomes clear on the name, we will review the situation and update our take. Sign-up for continuing coverage on shares of $MGTI stock, as well as other hot stock picks, get our free newsletter today and get our next breakout pick!