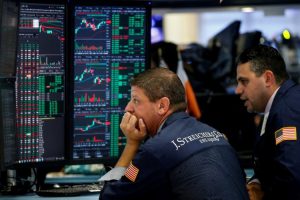 Fate Therapeutics Inc. (FATE) shares are trading at higher $54.29 and the avg recommendation for the stock is Strong Buy, while the current analyst...
Read more
Wall Street Daily

PDC Energy Inc. (NASDAQ:PDCE) on the Path to Profitability

PDC Energy Inc. (PDCE) shares are trading at higher $17.35 and the avg recommendation for the stock is Strong Buy, while the current analyst...
Read more
Wall Street Daily

eXp World Holdings Inc. (EXPI) shares are trading at higher $50.57 and the avg recommendation for the stock is Strong Buy, while the current...
Read more

Andiamo Corp (OTCMKTS:ANDI) is a micro-cap stock that has started to garner attention as the stock powers up the chart. Shares have been on a rampage over the past 6 weeks, but there doesn’t seem to be an easy way to capture the narrative. This is especially true when one takes a look at the company’s most recent press release.

Specifically, the company just put out a press release claiming that it is “making its biggest announcement to date as it reveals that prodigious lawyer and venture capitalist Mr. Loudon Owen is acting as an advisor to the company.” According to the release, “Mr. Owen is a force to be reckoned with. Early on in his impressive 25-year career, he was a co-investor, Director and co-Chief Operating Officer of Softimage, a world leader in high-end 3D animation, in its growth from 4 to 250 employees, to its IPO on NASDAQ and to its eventual sale to Microsoft.”

Andiamo Corp (OTCMKTS: ANDI) promulgates itself as a company that Andiamo Corporation, a Wyoming domiciled publicly traded company, and its subsidiary Utopya is an emerging technology company focused primarily on the development and distribution of mid-market smartphone devices equipped with a proprietary software ecosystem.

As part of the company’s long-term vision, it intends on bolstering its technology IP (intellectual property) by acquiring stakes in complementary technology firms, when it makes strategic sense to do so. Utopya smartphones will come equipped with a software ecosystem that includes a proprietary Android Operating System (OS) skin, as well as a number of proprietary mobile apps available exclusively to Utopya users.

The company will be well positioned as one of the only mid-market smartphone companies to offer a proprietary software experience to its customers; this will be especially true in many emerging market economies, where competition is scarce and growth potential is enormous. Acquiring users into the software ecosystem will allow the company to develop a diverse array of revenue streams which will function as a distinct competitive advantage, while also providing a barrier to entry against prospective mid-market competitors.

Andiamo Corporation, through its subsidiaries, provides prepackaged software services. It provides mobile applications through the Apple iTunes App Store and the Google Android market in approximately 80 countries. The company was formerly known as Title Consulting Services, Inc. and changed its name to Andiamo Corporation in June 2011. Andiamo Corporation was incorporated in 2000 and is based in Lansing, Michigan.

Find out when $ANDI reaches critical levels. Subscribe to OracleDispatch.com Right Now by entering your Email in the box below.

As noted above, the story here is difficult to nail down. The stock has been on fire. However, the claim is that its biggest news ever is the addition of a middle-manager in an advisory role. Go figure.

According to the release, Mr. Owen has apparently served on the Board of Directors of a range of public companies, including Softimage, BPI Mutual Funds, Khan Resources and Brookfield/BF Realty. “He currently sits on the Board of Directors of various public and private companies including Avesoro Resources, Kilo Goldmines, Genesis Land Development, Posera Ltd, DLT Labs and Quantec Geoscience. He is the co-founder and Managing Partner of McLean Watson Capital, one of Canada’s pre-eminent venture capital firms. He holds a BA from the University of Toronto, a JD from Osgoode Hall Law School, and an MBA from INSEAD. To add to this exceptional list of achievements, Mr. Owen also knows a thing or two about David-and-Goliath battles. As Chairman of i4i Inc., he famously initiated and led a lawsuit against a well-known software company, which was found to have infringed on i4i’s patent. The battle went all the way to the US Supreme Court and resulted in the largest patent award ever affirmed by the Federal Circuit Court of Appeals and the US Supreme Court.”

At this time, carrying a capital value in the market of $50.1M, ANDI reported unaudited financials last month, showing no cash and no current liabilities, along with immaterial revenues. In essence, at this point, the financials are not part of the story and the company is still in its earliest stages of development. We will update the story again soon as developments transpire. Sign-up for continuing coverage on shares of $ANDI stock, as well as other hot stock picks, get our free newsletter today and get our next breakout pick!

Disclosure: we hold no position in $ANDI, either long or short, and we have not been compensated for this article.

Ballard Power Systems Inc. (BLDP) shares are trading at lower $19.99 and the avg recommendation for the stock is Moderate Buy, while the current...
Read more
Wall Street Daily

Cocrystal Pharma Inc. (NASDAQ:COCP) on the Path to Profitability

Iterum Therapeutics plc (ITRM) shares are trading at higher $0.82 and the avg recommendation for the stock is Hold. To add more color to...
Read more
Opinion

ECMOHO Limited (MOHO) shares are trading at higher $3.60 and the avg recommendation for the stock is Hold. To add more color to this...
Read more
Investing

Yunji Inc. (YJ)’s Stock is Jumping, Here is Why

Yunji Inc. (YJ) shares are trading at higher $4.29 and the avg recommendation for the stock is Hold. To add more color to this...
Read more
ORACLEDISPATCH