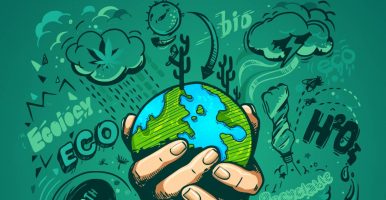 ABcann Global Corp (OTCMKTS:ABCCF), like a number of newly minted stars in the cannabis space, has been in correction mode over the past couple weeks. Remarkably, this action comes in step with corrective action also going on in the cryptocurrency space. It’s almost as if the momentum money is receding right now like a tide, and anything that was trading with explosive momentum to close out 2017 and during the first two weeks of 2018 has suffered as a result.

The company just announced that, further to its news release of December 12, 2017, it has completed the acquisition of Harvest Medicine Inc. According to the release, this moves comes “pursuant to the terms of a share purchase agreement dated January 31, 2018, in consideration for, among other things, a cash payment of $1.5 million; the issuance of 1,056,338 common shares in the capital of the Company; and additional post-closing consideration if certain performance milestones, which include certain patient, revenue and profitability metrics, are achieved.”

ABcann Global Corp (OTCMKTS:ABCCF) trumpets itself as one of the first companies to obtain a production license under the Marijuana for Medical Purposes Regulations, which it received on March 21, 2014. It also obtained a sales license on December 31, 2015.

As noted above, ABcann has been pulling back. But the company just hit the wires with an announcement that it has finally closed its acquisition of Harvest Medicine in a move that could spark some renewed momentum as investors start to see the potential ramifications.

“The acquisition of Harvest Medicine represents further progress toward our goal of becoming a vertically integrated medical cannabis company,” said Barry Fishman, Chief Executive Officer of ABcann. “It is one of the fastest-growing medical cannabis clinics in Canada, with an aggressive expansion plan and a patient-focused approach that is aligned with ABcann’s philosophy of quality and innovation. We look forward to working with Shekhar to integrate Harvest Medicine into ABcann as we continue to execute on our strategic vision.”

“This transaction will allow Harvest Medicine to rapidly accelerate our expansion plans and bring our highly rated, patient-centric approach to patients in need.  I am also personally looking forward to joining the executive team at ABcann and contributing to the continued dynamic growth of the company,” commented Mr. Parmar, Chief Executive Officer of Harvest Medicine.

Now commanding a market cap of $329.3M, ABCCF has a significant war chest ($43.4M) of cash on the books, which compares with virtually no total current liabilities. ABCCF is pulling in trailing 12-month revenues of $453K. However, the company is seeing recent declines on the top-line on a sequential quarterly basis, with revenues falling at -32.8% as of its latest reporting period. We will update the story again soon as developments transpire. Sign-up for continuing coverage on shares of $ABCCF stock, as well as other hot stock picks, get our free newsletter today and get our next breakout pick!