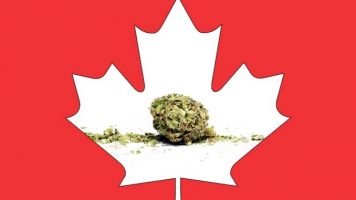 OrganiGram Holdings Inc (OTCMKTS:OGRMF) has been one of our consistent favorites among the mid-sized up-and-coming players in the Canadian cannabis patch. Hence, as we now finally see shares showing some corrective action, we are on alert for the technical ingredients of a solid pullback opportunity. The stock is already nearing a test of its 50-day simple moving average in the $3.35 area, which is a near-perfect confluence with its early January lows around $3.30.

As we are testing this level, the company just announced that it has closed its previously announced short form prospectus offering of convertible unsecured debentures of the company, “on a bought deal basis, including the full exercise of the over-allotment option.” According to the release, “as such, a total of 115,000 Convertible Debentures were sold at a price of $1,000 per Convertible Debenture, for aggregate gross proceeds of $115,000,000. The Offering was completed by a syndicate of underwriters led by Eight Capital, and including Canaccord Genuity Corp., GMP Securities L.P. and Mackie Research Capital Corporation.”

OrganiGram Holdings Inc (OTCMKTS:OGRMF) trumpets itself as a company that produces and sells medical marijuana in Canada. The company was founded in 2013 and is based in Moncton, Canada.

As noted above, the stock has finally started to offer some new opportunities in the form of a long-awaited pullback. Given the strength of the story here, prospective cannabis investors should be on high alert. The company isn’t in the league of some of the larger players, but it does have an excellent balance sheet and growing sales in a red-hot market segment, which suggests the potential for further growth over time.

According to the release, “the Company has earmarked approximately 70% of the net proceeds of the Offering for strategic domestic expansion, strategic international opportunities and to develop a hemp market presence, with the remaining 30% for working capital and general corporate matters. The Convertible Debentures were offered and sold by way of a short form prospectus filed in each of the provinces of Canada, excluding Quebec.”

At this time, carrying a capital value in the market of $429.6M, OGRMF has a chunk ($2M) of cash on the books, which is balanced by about $390K in total current liabilities. One should also note that debt has been growing over recent quarters. OGRMF is pulling in trailing 12-month revenues of $5.7M. In addition, the company is seeing major top-line growth, with y/y quarterly revenues growing at 15%. We will update the story again soon as further details emerge. Sign-up for continuing coverage on shares of $OGRMF stock, as well as other hot stock picks, get our free newsletter today and get our next breakout pick!