The Next Step for Aphria Inc (OTCMKTS:APHQF) 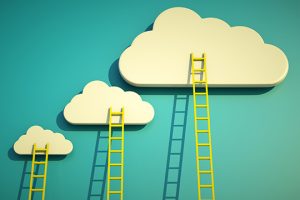 The Last Few Sessions Have The Unilever Group (UL) Soaring

The Unilever Group (UL) shares are trading at lower $60.51 and the avg recommendation for the stock is Strong Buy, while the current analyst...
Read more
Opinion

Matinas BioPharma Holdings Inc. (MTNB) shares are trading at higher $1.05 and the avg recommendation for the stock is Strong Buy. To add more...
Read more
Opinion

Blue Apron Holdings Inc. (APRN) shares are trading at higher $7.62 and the avg recommendation for the stock is Moderate Buy, while the current...
Read more
Opinion

CNH Industrial N.V. (CNHI)’s Stock is Jumping, Here is Why

CNH Industrial N.V. (CNHI) shares are trading at lower $11.02 and the avg recommendation for the stock is Moderate Buy, while the current analyst...
Read more

Aphria Inc (OTCMKTS:APHQF) has been tracing out a corrective pattern, with shares now trading under the stock’s 50-day simple moving average since it broke the key level on February 1. However, after making a pivot low two days later, shares have shown strong resilience, pivoting up off the $10/share level and rising as much as 30% on strong trading volume. The company has been active on the strategy side and has also been making some key deals, including its latest move.

The company just announced that it has signed a Letter of Intent with the Société des alcools du Québec “to guarantee a supply of high-quality, safe and clean cannabis products for sale in the Quebec adult-use market through their retail outlets and e-commerce platform.” With its recent shift to tactically shun the US market, this is the type of deal that speaks to the company’s ability to string together new deals outside of the US market, which makes a strong statement.

The company offers sativa, indica, and hybrid medical marijuana products, as well as cannabis oils. It also provides support services in the form of medical consultations, group therapies, and rehabilitation to veteran and first responders. The company sells its products through its online store or phones, as well as engages in the wholesale shipping of medical marijuana plant cuttings and dried buds to other licensed producers.

As noted above, the stock has started to possibly pivot back higher, spurred on by its latest announcement of a signed a Letter of Intent with the Société des alcools du Québec “to guarantee a supply of high-quality, safe and clean cannabis products for sale in the Quebec adult-use market through their retail outlets and e-commerce platform.”

“We’re thrilled to partner with the SAQ to supply the Quebec adult-use market with a variety of high-quality, safe and pure cannabis products,” said Vic Neufeld, Chief Executive Officer of Aphria. Aphria is uniquely positioned to meet the anticipated demand in Canada’s second-largest market and we are pleased to be working closely with the SAQ and its management team as one of the first suppliers to the province.”

According to the release, “Under the terms of the agreement, the Company will supply the Quebec market with up to 12,000 kg of branded cannabis products in the first year of the agreement, including cannabis oils and other derivative products and several strains of high-quality Ontario- and B.C.-grown dried cannabis flower.”

The chart shows -3% stripped out of share pricing for the listing in the past week. That said, APHQF has a track record that includes a number of dramatic bounces. Furthermore, the listing has registered increased average transaction volume recently, with the past month seeing topping 120% above the average volume levels in play in this stock over the longer term.

At this time, carrying a capital value in the market of $1.99B, APHQF has a significant war chest ($116.1M) of cash on the books, which is balanced by about $1.6M in total current liabilities. APHQF is pulling in trailing 12-month revenues of $25.5M. In addition, the company is seeing major top-line growth, with y/y quarterly revenues growing at 62.7%. You can bet we will update this one again as new information comes into view. Sign-up for continuing coverage on shares of $APHQF stock, as well as other hot stock picks, get our free newsletter today and get our next breakout pick!

Is the Rough Ride Over for STMicroelectronics N.V. (STM)

STMicroelectronics N.V. (STM) shares are trading at higher $39.55 and the avg recommendation for the stock is Moderate Buy, while the current analyst price...
Read more
Opinion

British American Tobacco p.l.c. (BTI) shares are trading at higher $35.85 and the avg recommendation for the stock is Strong Buy, while the current...
Read more
Investing

Apollo Global Management Inc. (APO) shares are trading at higher $43.87 and the avg recommendation for the stock is Moderate Buy, while the current...
Read more
Wall Street Daily

Empire State Realty Trust Inc. (ESRT) shares are trading at higher $9.70 and the avg recommendation for the stock is Moderate Buy, while the...
Read more
ORACLEDISPATCH