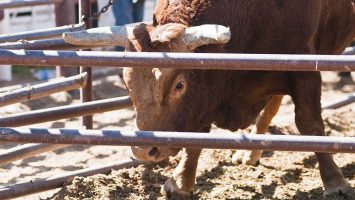 Firefish Inc (OTCMKTS:FRFS) is back on the move as an explosive breakout on the OTC. Shares of FRFS ripped higher on Friday, blasting off as much as 150% on over 8 million shares changing hands on the day. The move was precipitated by more hints at a possible reverse merger whereby a Turkish company may take over possession of the ticker.

The hypothetically incoming company has information online that appears to suggest the following: “GIFA Holding will be recognized as an innovative business holding company. We will provide our portfolio of companies with a level of assistance that surpasses their highest expectations. Its investing strategies and network of relationships and ability to leverage those relationships on behalf of its portfolio of companies will be unparalleled.” The company presents itself as a massively diversified holding company with operating segments across a huge array of sectors.

The last we had heard from the prior company was when they announced, some years ago, that with the rapid growth of its Education products and services, it will now focus extensively on the Education sector and reduce focus on mobile advertising. “The education sector in India is growing rapidly. Firefish is well poised for this growth.” Recently, the company announced its Primary Olympiad was on track to exceed 10,000 registrations with signups from over 100 schools. Primary Olympiad is an annual competition in India for school children in grades 1 through 5 in English, Maths and Science subjects.

Find out when $FRFS stock reaches critical levels. Subscribe to OracleDispatch.com Right Now by entering your Email in the box below.

It’s important to know that none of these ideas are verified. This is rumors and innuendo. What’s more, the rumors of this possible takeover-through-reverse-merger have been floating around now for nearly 5 months, which suggests that the path is, at the very least, hardly a straightforward one. As we said last time we covered this name, there doesn’t appear to be any ordinary level of regulatory structure where documentation is concerned – though we must admit that it is possible we simply were not able to find it.

The Gifa rumors are interesting, to be sure. “Firefish”, as it were, has been a dead name for years, so any life you see to this ticker must surely be the result of either speculation or rumors about a deal of some kind. In the former case, you are dealing with the market as it often works at this level of interest, but in the latter case, it is a binary outcome with only fraud or glittering truth as the possible outcome distribution range.

At this point, our suggestion would be to continue to monitor the story with interest because if it does turn out to be a serious deal, then there are likely those who have begun to heavily bet against it who would be in a tough spot as shorts covering into an uncertain cap table arrangement.

Traders will note better than 160% tacked on to share pricing for the listing in the past week. This is emblematic of the stock. FRFS has a track record that includes a number of dramatic bounces. In addition, the stock has witnessed a pop in interest, as transaction volume levels have recently pushed 51% beyond what we have been seeing over the larger time frame.

At this time, carrying a capital value in the market of $8.9M, FRFS has virtually no cash on the books, which must be weighed relative to virtually no total current liabilities. FRFS is pulling in trailing 12-month revenues of $144K. In addition, the company is seeing major top-line growth, with y/y quarterly revenues growing at 22.3%. We will update the story again soon as developments transpire. Sign-up for continuing coverage on shares of $FRFS stock, as well as other hot stock picks, get our free newsletter today and get our next breakout pick!

Disclosure: we hold no position in $FRFS, either long or short, and we have not been compensated for this article.