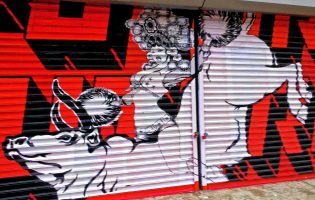 Net Talk.Com, Inc. (OTCMKTS:NTLK) is a recent ripper on the OTC that has not hit the news wires with any news for years. The company appears to be an old-fashioned VOIP type service that is apparently primarily in competition with Magic Jack. The move is interesting simply because it doesn’t really seem to have any obviously dominant narrative backing it, but it has produced a monumental surge, taking shares from $0.002/share to nearly $0.05/share, or over 2,300%, in just about two weeks.

Part of the excitement right now appears to be rumors floating around about a lawsuit wherein Magic Jack sued Net Talk for patent infringement, and the case was “dismissed with prejudice”, which, according to USLegal.com, is the dismissal of a case on merits after adjudication. The plaintiff is barred from bringing an action on the same claim. Dismissal with prejudice is a final judgment and the case becomes res judicata on the claims that were or could have been brought in it. However, from what we could find, the suit was brought in 2012 and dismissed in 2014. And this stock actually collapsed after the suit dismissal. So, the current round of excitement is a bit difficult to comprehend and may be the result of some nonstandard factors at play, including potential “investor awareness” activity.

The company’s main Device, the DUO, provides one USB port, one Ethernet port, and one analog telephone port. The DUO Wifi adds a WiFi interface.

According to company materials, “A full suite of internet protocol features is available to maximize universal connectivity. In addition, analog telephones attached to our Device are able to use advanced calling features such as call forwarding, caller ID, 3-way calling, call holding, call retrieval, and call transfer.At netTALK, we believe everyone should have access to super simple and affordable home and on-the-go digital phone service. We Connect You to our global communications network through our DUO devices and CONNECT mobile apps, which ring simultaneously – answer on the device that is most convenient to you. We provide a high tech, simple and ultra-low cost service with just one bill once a year. netTALK is DTC and DWAC eligible.”

Find out when $NTLK stock reaches critical levels. Subscribe to OracleDispatch.com Right Now by entering your Email in the box below.

As noted above, this is an internet phone play – which is almost outdated when you think about the efficacy of Skype and a range of other services on the scene in recent years.

Regardless, shares have been buzzing higher on the OTC over the last couple weeks. And we couldn’t really find any satisfying narrative, especially considering the fact that the company got out from under any lawsuit concerns as many as 4 years ago now. That said, it certainly is acting as if there was some particularly major catalyst in play right now. That has us wondering whether perhaps there is more to this story that will be revealed in coming days.

The chart shows better than 2000% tacked on to share pricing for the listing in the past month. The situation may be worth watching. NTLK has evidenced sudden upward volatility on many prior occasions. In addition, the company has registered increased average transaction volume recently, with the past month seeing approaching 580% over what the stock has registered over the longer term.

This is particularly important with the stock trading on a float that is tiny at just 8.5 million shares. As savvy traders are well aware, a restricted trading float and a jump in trading volume can crimp supply and push share prices higher.

Now commanding a market cap of $12M, NTLK has a stash ($214K) of cash on the books, which stands against about $7.2M in total current liabilities. NTLK is pulling in trailing 12-month revenues of $4.7M. However, the company is seeing declines on the top-line on a quarterly y/y basis, with revenues falling at -18.5%. We will update the story again soon as further details emerge. Sign-up for continuing coverage on shares of $NTLK stock, as well as other hot stock picks, get our free newsletter today and get our next breakout pick!

Disclosure: we hold no position in $NTLK, either long or short, and we have not been compensated for this article.