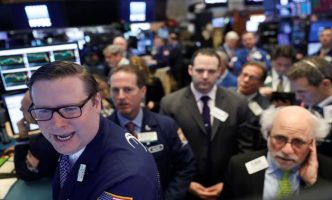 Canopy Growth Corp (OTCMKTS:TWMJF) has been biding its time over recent weeks, tracking in a lateral consolidation in the vicinity of the stock’s 50-day simple moving average during that time. The stock is a clear darling of the Canadian cannabis patch, with nearly a quarter of a billion dollars on the balance sheet in cash against a trivial amount in current liabilities. The fortress is being mobilized, and the company’s momentum is quite possibly ramping up: the company just announced that it has received a cultivation license for the first of its two sites operating under the BC Tweed Joint Venture Inc. banner.

According to the release, “The rapid licensing of the Aldergrove site, the largest federally licensed cannabis site anywhere in the world, continues a pattern of professional execution for the Company as it prepares to meet an unprecedented increase in demand in a few short months once legal adult-use markets commence. The initial licensing covers over 400,000 sq. ft. of growing space, allowing vegetative growth so that the mature plants can be spread into the full 1.3 million sq. ft. in the coming months for flowering and ultimate harvest.”

Canopy Growth Corp (OTCMKTS:TWMJF) is one of the bigger growers in the industry. The company produces and sells medical marijuana in Canada. It offers dry cannabis and oil products primarily under the Tweed and Bedrocan brands. It also sells its products through online.

“Our team has made monumental and often historic progress in the retail landscape of every Canadian province to have announced its system to date. We are the only producer in Canada who can make this claim and we will continue to leverage our production platform in order to solidify a truly national presence for our cannabis brands,” said Mark Zekulin, President, Canopy Growth. “A cultivation license for our first BC Tweed site positions us to continue this trend as Canada’s, and indeed the world’s largest, most reliable and most diversified producer and seller of high quality regulated cannabis.”

“As proud native British Columbians and long-time horticulture producers we are excited to continue the proud tradition of BC bud on a national scale,” said Victor Krahn, who runs operations for BC Tweed. “Working with Canopy Growth we’re going to take the Tweed brand to the next level on the West Coast and bring the best our province has to offer to the country and the world.”

Now commanding a market cap of $2.46B, TWMJF has a significant war chest ($238.4M) of cash on the books, which compares with about $1.5M in total current liabilities. TWMJF is pulling in trailing 12-month revenues of $69.8M. In addition, the company is seeing major top-line growth, with y/y quarterly revenues growing at 122.5%. As more color becomes clear on the name, we will review the situation and update our take. Sign-up for continuing coverage on shares of $TWMJF stock, as well as other hot stock picks, get our free newsletter today and get our next breakout pick!

Disclosure: we hold no position in $TWMJF, either long or short, and we have not been compensated for this article.