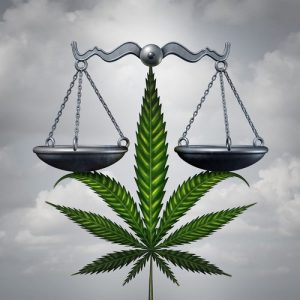 Aurora Cannabis Inc (OTCMKTS:ACBFF) has been consolidating right around its 50-day simple moving average over the past several weeks. And traders are asking themselves, Is the big run over? With $350M in cash on the balance sheet and continued high expectations for growth in the space, one could assume that ACBFF will continue to attract top-tier talent.

As a case in point, the company just announced the appointment of André Jérôme as Senior Vice President, Business Integration. According to the release, “in this newly created role, Mr. Jérôme will be responsible for the integration of acquisitions, as well as for the identification of potential synergies across existing subsidiaries and joint venture partners.”

As noted above, the stock is at a key technical juncture. There are still a number of clear factors running in its favor. And we would assume the company has a lot of potential to add new HR gems to its crown as a leading player in a strong growth space.

“Since the H2 acquisition, André has demonstrated great leadership, a strong commitment to the Company’s success and a relentless focus on delivering results,” said Terry Booth, CEO. “M&A and business integration are key aspects of our expansion strategy, and with André we have found the right person to take on leadership of this important role. His experience in leading integrations teams on both sides of the fence within large multinational corporations will prove an important asset in creating shareholder value from new acquisitions. His appointment also reflects a strong commitment to our people and our future colleagues.”

Mr. Jérôme added “I am very excited to join the Aurora team, one of the global leaders in this transformational industry. In my short time with the Company, I have come to witness firsthand the total commitment to excellence, and the passion of the people. I look forward to playing my part in helping Aurora further accelerate growth.”

According to the release, Mr. Jérôme was granted 250,000 options, priced at $10.13. The options will apparently expire February 19, 2023, and vest quarterly over three years.

At this time, carrying a capital value in the market of $3.13B, ACBFF has a significant war chest ($350.8M) of cash on the books, which is balanced by virtually no total current liabilities. ACBFF is pulling in trailing 12-month revenues of $31.1M. In addition, the company is seeing major top-line growth, with y/y quarterly revenues growing at 201.2%. This may be a very interesting story and we will look forward to updating it again soon. Sign-up for continuing coverage on shares of $ACBFF stock, as well as other hot stock picks, get our free newsletter today and get our next breakout pick!