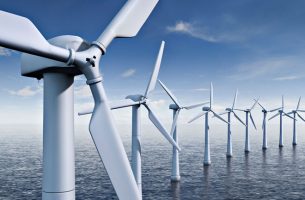 Companhia Energetica de Minas Gerais (CIG) shares are trading at higher $2.42 and the avg recommendation for the stock is Strong Buy, while the...
Read more
Opinion

Titan Medical Inc. (TMDI) shares are trading at higher $1.19. To add more color to this target, the company’s high over the last year...
Read more
Opinion

FreightCar America Inc. (NASDAQ:RAIL) Stock is Soaring, Here is Why

FreightCar America Inc. (RAIL) shares are trading at higher $2.76 and the avg recommendation for the stock is Hold, while the current analyst price...
Read more
Opinion

Boqii Holding Limited (BQ) shares are trading at higher $6.08 and the avg recommendation for the stock is Moderate Buy. To add more color...
Read more

MITU Resources Inc (OTCMKTS:MTUU) is a relatively new issue in the spotlight on the OTC. Shares have been mostly trending higher over the past couple weeks. The company has no cash on the balance sheet and is operating on a pre-revenue basis. However, we do see some interesting dynamics taking shape, such as the entrance of this mining play into the wind power space.

In fact, the company just recently provided an update regarding the current development and commercialization of the Company’s licensed WindShark self-starting vertical axis wind turbines. According to its release, “WindShark is a proprietary vertical axis windmill with three curved helical blades that capture airflow from any wind direction.  Inspired by sacred geometry and the operational dynamics of a shark’s gills, the scalable WindShark turbine blade shape achieves vastly superior performance with startup at wind speeds below 2 mph and peak efficiencies between 6 to 10 mph.”

MITU Resources Inc (OTCMKTS:MTUU) trumpets itself as a company that is involved in exploration stage mining activities and engages in the acquisition, exploration, and development of mineral properties. It owns a 100% interest in the Mitu Gold Claim project that consists of nine claims covering an area of 92.5 hectares located in Departamento del Vaupes, the Republic of Colombia.

The company was founded in 2013 and is based in Bogota, the Republic of Colombia.

This is a publicly traded wind energy technology company. The Company’s licensed WindShark vertical axis wind turbines are ideally suited for populated and low-wind environments as a stand-alone solution or in conjunction with other renewable or traditional power sources. The Company files periodic reports with the Securities and Exchange Commission, which can be viewed at www.sec.gov.

According to company materials, “We are a start-up exploration stage mining company with one mineral claim (the MITU Gold claim) in the Republic of Colombia. Our goal is to generate revenues through the sale of gold found and extracted from this claim. We have a specific business plan to complete exploration work on this claim and have no reason to alter this plan within the next twelve months. The company has no subsidiaries, affiliates or joint venture partners. We do not intend to enter into a merger or acquisition, have not been involved in any large purchases other than that of the MITU Gold Claim and have not been involved in any reclassification, bankruptcy or receivership since inception.”

Find out when $MTUU stock reaches critical levels. Subscribe to OracleDispatch.com Right Now by entering your Email in the box below.

As noted above, the company has been moving into the alternative energy space with its move to license the WindShark turbine. The alt energy space is becoming increasingly interesting now that the price of crude oil has been back in a broad bull market. This is always an interesting space when energy from traditional sources is expensive. That creates a comparative cost structure for resourcing energy that allows for less scaled energy sources to be competitive. Wind power is suddenly back on the map as a viable source of power now that it costs $62/bbl for oil.

“Successfully pairing the revolutionary WindShark blade design with a compatible commercially available generator is an important advancement for the WindShark turbine technology,” commented Simeon Leonardo Reyes Francisco, CEO of MITU Resources.  “By using a compatible off-the-shelf generator, this should enable us to deploy WindShark turbines in commercial applications much sooner, while we continue development of a novel proprietary generator designed specifically for WindShark.”

We’ve witnessed 18% during the past week in terms of shareholder gains in the company, but that move comes in the context of a larger bearish trend.

At this time, carrying a capital value in the market of $32.1M, MTUU has virtually no cash on the books, which is balanced by about $131k in total current liabilities. The company is pre-revenue at this point. This is an exciting story, and we look forward to a follow-up chapter as events transpire. Sign-up for continuing coverage on shares of $MTUU stock, as well as other hot stock picks, get our free newsletter today and get our next breakout pick!

Disclosure: we hold no position in $MTUU, either long or short, and we have not been compensated for this article.

Torchlight Energy Resources Inc. (TRCH) shares are trading at higher $0.39 and the avg recommendation for the stock is Hold. To add more color...
Read more
Investing

Brickell Biotech Inc. (BBI)’s Stock is Jumping, Here is Why

Can We Expect More Volatility From Chewy Inc. (CHWY)?

Chewy Inc. (CHWY) shares are trading at higher $74.25 and the avg recommendation for the stock is Strong Buy, while the current analyst price...
Read more
Sector News

When Will Baidu Inc. (BIDU) Slow Down

Baidu Inc. (BIDU) shares are trading at higher $139.42 and the avg recommendation for the stock is Moderate Buy, while the current analyst price...
Read more
Opinion

Sage Therapeutics Inc. (SAGE) shares are trading at lower $75.57 and the avg recommendation for the stock is Moderate Buy, while the current analyst...
Read more
ORACLEDISPATCH