Aurora Cannabis Inc (OTCMKTS:ACBFF) is Surging Up the Chart 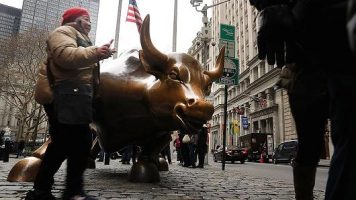 Aurora Cannabis Inc (OTCMKTS:ACBFF) has been working through a corrective wave as we approach the final homestretch in coming months ahead of full recreational legality across the Canadian marketplace. Shares are beginning to find some traction on a technical level, and it’s not hard to see why fresh capital might be moving in. The company is now sitting on over $350M in cash and has plenty of options to continue its aggressive investment and expansion, which is quite appropriate given the high ROI context of the cannabis space at present.

“The Shoppers and Aurora brands are trusted to deliver high-quality products and excellent customer service,” said Terry Booth, CEO. “Partnering with Shoppers Drug Mart, Canada’s largest pharmacy retailer, is yet another validation of the scale and maturity of our company, and of the demand for Aurora’s medical cannabis. Through our wholly owned subsidiary Pedanios, Aurora already supplies a network of more than 2,000 pharmacies in Germany, and this strategic relationship with Shoppers will further expand our market presence and profile as one of the world’s leading medical cannabis brands.”

The chart shows -4% stripped out of shares during the past week in the stock. That said, the situation may be worth watching. ACBFF has a history of dramatic rallies. What’s more, the stock has seen interest climb, with an increase in recent trading volume of 65% over the long run average.

At this time, carrying a capital value in the market of $2.88B, ACBFF has a significant war chest ($350.8M) of cash on the books, which is balanced by virtually no total current liabilities. ACBFF is pulling in trailing 12-month revenues of $31.1M. In addition, the company is seeing major top-line growth, with y/y quarterly revenues growing at 201.2%. This may be a very interesting story and we will look forward to updating it again soon. Sign-up for continuing coverage on shares of $ACBFF stock, as well as other hot stock picks, get our free newsletter today and get our next breakout pick!