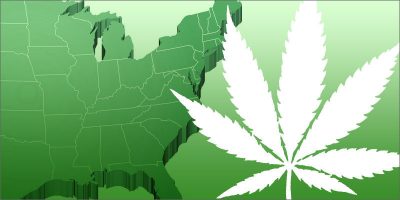 R. R. Donnelley & Sons Company (RRD) shares are trading at lower $1.36 and the avg recommendation for the stock is Moderate Buy. To...
Read more
Sector News

Gores Metropoulos Inc. (GMHI)’s Stock is Jumping, Here is Why

Is the Rough Ride Over for DPW Holdings Inc. (DPW)

EyePoint Pharmaceuticals Inc. (EYPT) shares are trading at higher $0.54 and the avg recommendation for the stock is Moderate Buy. To add more color...
Read more

Kush Bottles Inc (OTCMKTS:KSHB) shares have been working through a clear corrective period after blasting higher in the final quarter of 2017 as part of the boom in cannabis-related stocks during that period. In recent action, we have seen some clear signs of support coming into play around the $4/share area, as new catalysts emerge for the company and trading volume returns.

The company has made a couple key announcements in recent days. First off, it announced that it hired a Regional Sales Director, Kyle Heverly, to expand its physical presence in the rapidly growing East Coast legal cannabis market. Then, just a few days later, the company announced it will be a presenter at the inaugural LD Micro Virtual Conference on Tuesday, March 6. According to the release, the company’s CEO, Nicholas Kovacevich, will be giving the presentation and answering questions from investors.

According to the company’s press messaging, “Kush Bottles, Inc. (OTCQB: KSHB) is a dynamic sales platform that provides unique products and services for both businesses and consumers in the cannabis industry. Founded in 2010 as a packaging and supplies company for dispensaries and growers, Kush Bottles has sold more than 100 million units and now regularly services more than 5,000 legally operated medical and adult-use dispensaries, growers, and producers across North America, South America, and Europe. The Company has facilities in the three largest U.S. cannabis markets and a local sales presence in every major U.S. cannabis market.”

While the LD Micro event is likely to help push up exposure for the company, the move to expand on the east coast is clearly the bigger catalyst. One key factor for the legislative scene in the cannabis industry in 2017 was the birth of a market east of the Mississippi River, with several states pushing to legalize and likely more on the radar. Competition is less fierce and growth may be stronger given the smaller numbers involved.

According to its release, the company has started to build new distribution channels and customer relationships in an effort to “expand its footprint in the medical and adult-use markets on the East Coast. In addition, the Company announced that it is looking to open a new distribution facility in the Boston-area in an effort to streamline growth in this emerging marketplace.” We would note that, in addition, the establishment of an operational and distribution hub in the east should reduce shipping costs for East Coast businesses and expedite shipping times.

“The East Coast is the next exciting frontier in the American cannabis market, and until now, it has been a largely untapped market for us,” said Nicholas Kovacevich, Chairman and CEO of Kush Bottles. “With Kyle expanding our sales presence and the building out of our new distribution facility, we are well positioned to become a vital partner for cannabis businesses on the East Coast.”

Now commanding a market cap of $298.4M, KSHB has a significant war chest ($5.5M) of cash on the books, which is balanced by about $1.9M in total current liabilities. One should also note that debt has been growing over recent quarters. KSHB is pulling in trailing 12-month revenues of $25.2M. In addition, the company is seeing major top-line growth, with y/y quarterly revenues growing at 257.9%. We will update the story again soon as developments transpire. Sign-up for continuing coverage on shares of $KSHB stock, as well as other hot stock picks, get our free newsletter today and get our next breakout pick!

Disclosure: we hold no position in $KSHB, either long or short, and we have not been compensated for this article.