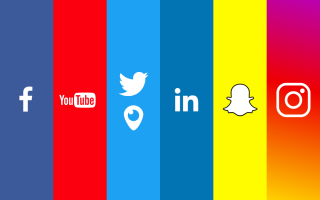 Arias Intel Corp (OTCMKTS:ASNT) is a stock that saw major interest hit on Friday as shares responded to a release from the company noting that management had taken steps to reduce its outstanding debt obligations as it also mentioned that it expects to generate revenue from mobile apps over the next few months. “We believe the Company has taken positive steps to clean up the balance sheet and strengthen its financial position going forward,” said Kevin Gillespie, the Company’s Chief Executive Officer.

According to the company’s most recent release, “The Company disclosed in its December 31, 2017 10-Q dated February 14, 2018, that it had entered into a Settlement Agreement and Mutual General Release with a certain Debt Holder. Pursuant to the terms of the Settlement Agreement, among other things, the Company agreed to issue 1,500,000 shares of the Company’s Common Stock and to register such shares for resale on a registration statement to be filed with the Securities and Exchange Commission. In addition, the parties have agreed to cause a Stipulation of Dismissal with Prejudice to be filed with respect to the action commenced by the Debt Holder.”

The Company’s focus is on developing innovative technologies that leverage connectivity, distribution, and social networks. The Company intends to use its digital platforms to implement its unique marketing strategy that empowers viral and social mechanisms to reach a growing demographic that utilizes: (1) mobile apps and gaming, (2) social media, and (3) on-demand delivery.

The Company believes its platforms are entertaining, convenient, and scalable. By combining these three fast growing business sectors, along with its experienced development team, management believes the Company’s business platform can develop into a premier technology medium that attracts, engages, and monetizes.

According to company materials, “Arias Intel Corp. operates a digital media platform. The company’s digital media platform includes Hemp Inc, a mobile gaming app for gamers to develop, grow, and dispense virtual cannabis, as well as interact with celebrities and advertisers’ brands within the game; and cannavoices.com, a member-based social media platform for subscribers to participate in an open forum with other pro-cannabis supporters, as well as share cannabis-related news, events, culture, technology, business insights, and inspiration while networking with like-minded individuals. The company was formerly known as First Harvest Corp. and changed its name to Arias Intel Corp. in December 2017. Arias Intel Corp. is headquartered in Tampa, Florida.”

Find out when $ASNT stock reaches critical levels. Subscribe to OracleDispatch.com Right Now by entering your Email in the box below.

As noted above, shares of the stock have been seeing some major new flows, recently breaking back above the stock’s 20-day exponential moving average, which can at times act like an early-warning signal for trend inflections. The stock also saw record share trading volume to close out last week, along with new 3-week share price highs as shares added over 200% in just a couple trading sessions. The catalyst appears to be the company’s note that it was moving to strike obligations along with management expectations of coming revenues on the mobile segment.

“Reducing our debt was an important goal for 2018,” said Mr. Gillespie.  “We believe we will begin to generate revenue from our mobile apps over the next few months, and we are excited for the year ahead.”

The chart shows 88% piled on for shareholders of the stock during the trailing week, a bounce that has taken root amid largely bearish action over the larger time frame. Furthermore, the name has registered increased average transaction volume recently, with the past month seeing a bit less than 900% over what the stock has registered over the longer term. It pays to take note of this fact due to the very limited float size in the stock (of 21 million shares).

At this time, carrying a capital value in the market of $23M, ASNT has virtually no cash on the books, which stands against about $1.2M in total current liabilities. The company is pre-revenue at this point. This may be a very interesting story and we will look forward to updating it again soon. Sign-up for continuing coverage on shares of $ASNT stock, as well as other hot stock picks, get our free newsletter today and get our next breakout pick!

Disclosure: we hold no position in $ASNT, either long or short, and we have not been compensated for this article.