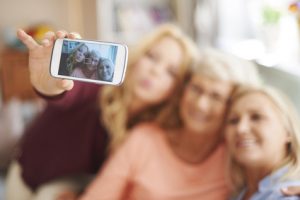 Switchback Energy Acquisition Corporation (SBE) shares are trading at higher $37.13. To add more color to this target, the company’s high over the last...
Read more
Investing

When Will ServiceSource International Inc. (SREV) Slow Down

ServiceSource International Inc. (SREV) shares are trading at lower $1.38 and the avg recommendation for the stock is Moderate Buy, while the current analyst...
Read more
Investing

Oramed Pharmaceuticals Inc. (ORMP) shares are trading at higher $4.45 and the avg recommendation for the stock is Strong Buy. To add more color...
Read more
Investing

SCWorx Corp. (WORX) shares are trading at higher $2.22. To add more color to this target, the company’s high over the last year is...
Read more

Andiamo Corp (OTCMKTS:ANDI) continues to try to find its bearings. Tuesday’s action was telling, with shares shooting higher and then reversing on high volume, but not truly breaching recent key support. Importantly, the stock is still technically in a structural upward trend, with a series of higher highs and higher lows, for the most part, over the past 6 months. In fact, ANDI is still battling for support around its upward sloped 50-day simple moving average and trading well above its upward sloped 200-day SMA.

In addition, the company just announced that it has signed a Letter of Intent to acquire a telecom holding company CLEC Holding, Inc. in an all-stock transaction, as part of a strategic plan for growth and diversification. According to the release, “the Wyoming-based CLEC Holding is currently in talks to acquire several Competitive Local Exchange Carrier companies (“CLECs”) that are all revenue-producing and in growth mode.”

Andiamo Corp (OTCMKTS: ANDI) promulgates itself as a company that Andiamo Corporation, a Wyoming domiciled publicly traded company, and its subsidiary Utopya is an emerging technology company focused primarily on the development and distribution of mid-market smartphone devices equipped with a proprietary software ecosystem.

As part of the company’s long-term vision, it intends on bolstering its technology IP (intellectual property) by acquiring stakes in complementary technology firms, when it makes strategic sense to do so. Utopya smartphones will come equipped with a software ecosystem that includes a proprietary Android Operating System (OS) skin, as well as a number of proprietary mobile apps available exclusively to Utopya users.

The company will be well positioned as one of the only mid-market smartphone companies to offer a proprietary software experience to its customers; this will be especially true in many emerging market economies, where competition is scarce and growth potential is enormous. Acquiring users into the software ecosystem will allow the company to develop a diverse array of revenue streams which will function as a distinct competitive advantage, while also providing a barrier to entry against prospective mid-market competitors.

Andiamo Corporation, through its subsidiaries, provides prepackaged software services. It provides mobile applications through the Apple iTunes App Store and the Google Android market in approximately 80 countries. The company was formerly known as Title Consulting Services, Inc. and changed its name to Andiamo Corporation in June 2011. Andiamo Corporation was incorporated in 2000 and is based in Lansing, Michigan.

Find out when $ANDI reaches critical levels. Subscribe to OracleDispatch.com Right Now by entering your Email in the box below.

As noted above, shares of the stock have seen some elevated action in response to the company’s announcement this week that it has now signed an LOI to pick up a telecom holding company as part of its strategic plan for growth and diversification – which makes some sense given the company’s recent push into the smartphone space.

“We are in talks with multiple acquisition targets, as well as funding sources. We will seek to secure up to $15 Million in funding directly to CLEC Holding, with no dilution to ANDI or its shareholders. We hope to announce our first acquisition in the next 10 days. The additional acquisitions are still in early-stage discussions but do seem very promising, and are aligned with our long-term vision for CLEC Holding, which is to acquire telecom and telecom-related companies when it is strategically viable to do so, in order to expand our network capabilities and grow. For obvious reasons, there are clear synergies between CLEC Holding and Utopya, and our intent is to offer Utopya products to CLEC Holding’s customers,” stated Justin Su, President of CLEC Holding.

As an editorial note, the idea of a totally non-dilutive $15M coming into this company at this point is a clear pipedream. It won’t happen. Not in any universe. No chance. So, traders should keep that in mind when evaluating the opportunity.

Mike Starkweather, President of Andiamo Corp., remarked, “We are thrilled to execute this Letter of Intent with Mr. Su and we look forward to working with the entire CLEC Holding team. This deal is a strategic stepping stone for both companies, and one that we hope will prove very fruitful for all parties involved.”

Now commanding a market cap of $44.3M, ANDI has virtually no cash on the books, which compares with virtually no total current liabilities. ANDI is pulling in trailing 12-month revenues of $106K. However, the company is seeing declines on the top-line on a quarterly y/y basis, with revenues falling precipitously according to recent reports. You can bet we will update this one again as new information comes into view. Sign-up for continuing coverage on shares of $ANDI stock, as well as other hot stock picks, get our free newsletter today and get our next breakout pick!

Disclosure: we hold no position in $ANDI, either long or short, and we have not been compensated for this article.