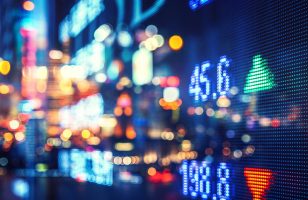 Aphria Inc (OTCMKTS:APHQF) continues to work through what long-side investors hope to see as a constructive – if deep – pullback in a potentially continuing bullish upward trend. The company is a clear leader in the explosive Canadian cannabis patch, with huge 63% sales growth and a ratio of cash to current liabilities that verges on triple digits. As with all the plays in this space, the premium is firmly on deploying that copious cash to ramp expansion because the analysis suggests a very meaty ROI.

In that vein, the company just announced that it received a license amendment from Health Canada that provides Aphria with additional production space of 200,000 square feet, as part of its Part III expansion at its facility in Leamington, Ontario. According to the recent release, “this will more than triple the Company’s production capacity of medical cannabis from 9,000 kg annually to 30,000 kg annually.”

As noted above, the company has been pushing an expansion theme as capital continues to pour into the Canadian cannabis space.

“This marks the completion of the third part of our four-part expansion plan and is another exciting milestone for Aphria,” said Vic Neufeld, Chief Executive Office of Aphria. “With more than three times the production capacity, we will continue to produce the highest-quality cannabis at one of the lowest costs in the industry. When completed early next year, our fully expanded facility will provide over 1,000,000 square feet of production space and, when combined with our strategic relationship with Double Diamond Farms and our recent acquisition of Broken Coast Cannabis, will bring our anticipated production capacity to 230,000 kg per year. This will enable Aphria to meet the expected demand from the Canadian market, while allowing a significant portion to be allocated to key established international markets.”

Recent movement has generated roughly flat action over the past week and the past two months for APHQF shares, with a pivot low under the $10/share level in the books late last month, which now serves as a key pivot point defining this pullback chart. Moreover, the name has registered increased average transaction volume recently, with the past month seeing 14% above the average volume levels in play in this stock over the longer term.

At this time, carrying a capital value in the market of $, APHQF has a significant war chest ($116.1M) of cash on the books, which compares with about $1.6M in total current liabilities. APHQF is pulling in trailing 12-month revenues of $25.5M. In addition, the company is seeing major top-line growth, with y/y quarterly revenues growing at 62.7%. This may be a very interesting story and we will look forward to updating it again soon. Sign-up for continuing coverage on shares of $APHQF stock, as well as other hot stock picks, get our free newsletter today and get our next breakout pick!